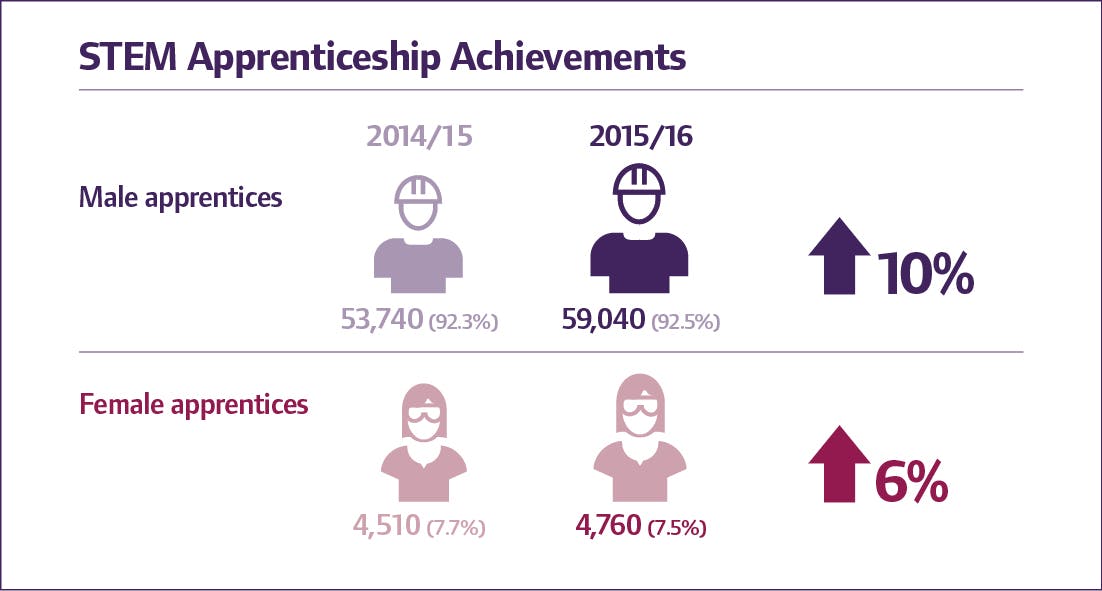 The number of women starting a STEM apprenticeship is more encouraging as there are 1240 more than the previous year.

However, women are still only 8.1% of the total starting a STEM apprenticeship. Put another way, more than 9 out of 10 STEM apprentices are men.This represents a huge waste of opportunity for women - missing out on well-paid, high quality training and a wealth of exciting jobs and careers. It is also of course a wasted opportunity for business and industry, who are missing out on a huge talent pool. Those women who do choose a STEM apprenticeship do extraordinary well – like Amy Mercer, Higher apprentice at Pfizer, whose outstanding performance won her the WISE One to Watch Award in November 2017 after a live vote.

The number of women achieving an Engineering & Manufacturing Technologies apprenticeship has increased by 160. Despite this increase, their representation has dropped from 7.1% in 2014/15 to 6.8% in 2015/16, due to 3,510 more men achieving apprenticeships in this area.

In Construction, Planning and the Built Environment apprenticeships there has been an increase of 40% women, boosting their representation by 0.2% but they still represent just 1.9% of starts in this area.

Women also represent 52% of apprenticeship starts across all frameworks, but the majority of these women start apprenticeships in occupations that have traditionally been female-dominated (see chart below). This demonstrates that it is not concerns about the apprenticeship route that deters women from pursuing STEM apprenticeships but is an issue specific to STEM sectors. To find out how your organisation can help encourage more women to start STEM apprenticeships, use the guidance and case studies that can be found in our Apprenticeship Toolkit. 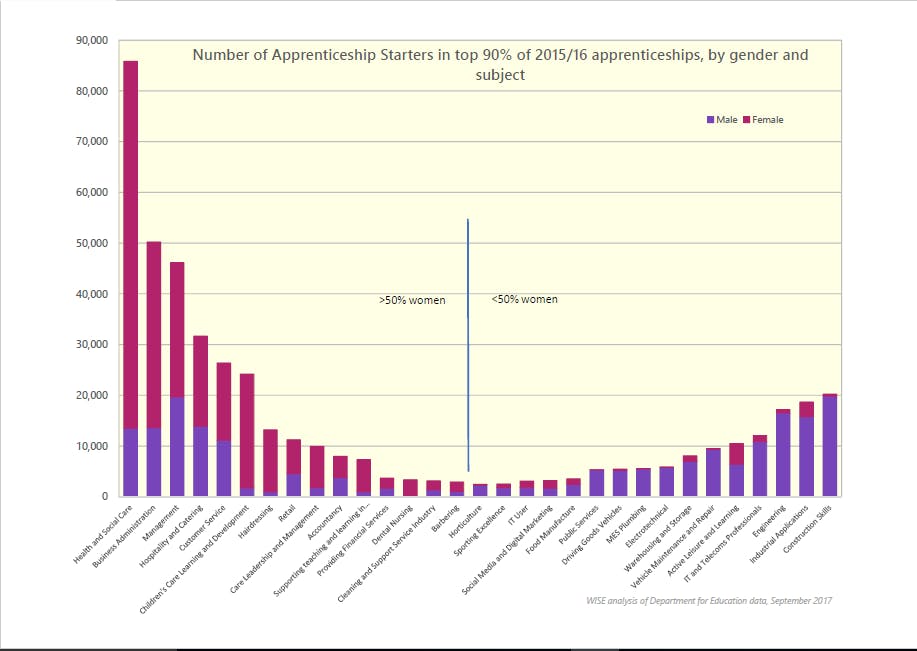