WISE has analysed the gender balance and trends at every stage of the STEM education pipeline. 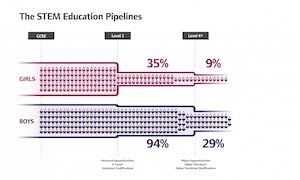 The budget statement in November 2017 highlighted the gender disparity in subject choice at age 16. Inspiring more girls to choose a core STEM subject at 16 will open doors for them to take up the growing number and range of jobs in engineering and technology. The WISE People Like Me resources are for use in outreach and engagement activities with 11-14 year old girls, to introduce them to young women like them who have found their dream job thanks to their STEM qualifications. 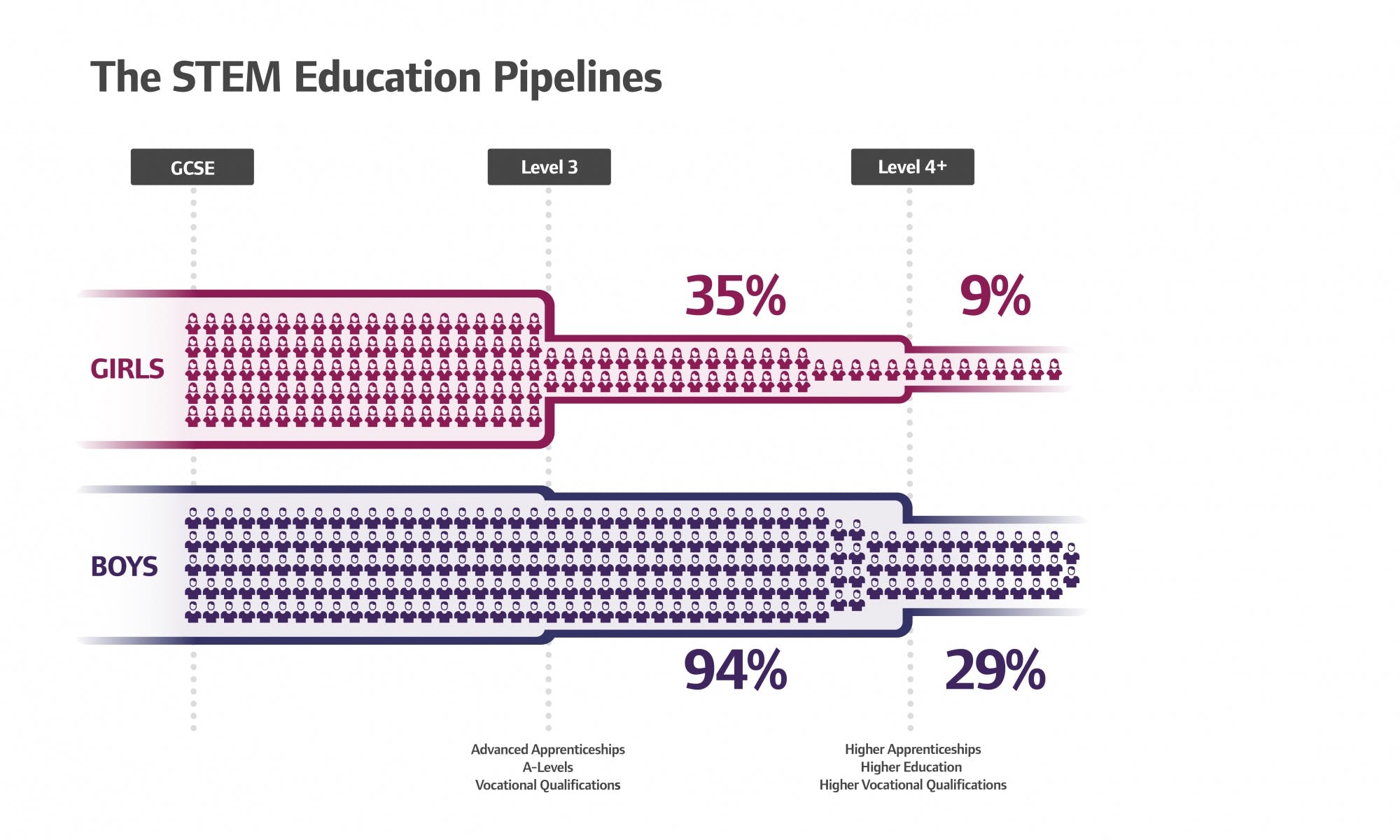 There has been an increase of 1% in the number of girls choosing a core STEM subject at level 3 from 34% to 35%. There was a dramatic increase in the number of boys however – up from 80% to 94% of the GCSE cohort. This is largely driven by take up of technical vocational qualifications.

4,500 more girls achieved a core STEM qualification at Level 4 or above compared to 2016. This represents 9% of the cohort who pass maths at GCSE (up from 7% in 2016). However, it is much lower than the 29% of boys who are qualified to this level. In numbers, the gap remains the same as last year - there are still approximately 50,000 fewer girls than boys leaving the UK education system with qualifications to take up jobs in technology and engineering.

A summary of the STEM Education Pipeline can be found below, each section links to analysis published by WISE of the most recent data.

GCSE: Girls continue to outperform boys across most STEM subjects and entries by girls continue to grow. Girls are well represented at approximately 50% of entries across science and maths GCSEs as they are required to take a combination of these subjects. However, they are less well represented in optional science subjects such as ICT, Statistics and Computing. This makes it less likely that they will pursue these subjects at A level.

A level: More girls than ever before are taking STEM subjects at A level – 2073 more entries to core STEM exams were made by girls in 2017. Girls are approaching 40% representation in maths and there has been an increase in the number of girls taking physics. Computing is in the spotlight this year with the greatest growth of entrants of any A level subject (up 33% since 2016) but girls still represent just 10% of entrants, and ICT has had a 20% drop in female students.

Higher education: There was no significant change in the number of women graduating from UK universities with a core STEM degree in 2016 compared to the year before. Women made up 25% of the total, the same as last year and the year before. Just over 22,000 women graduated in 2016 in the five core subjects most relevant to construction, engineering and technology, compared to over 65,000 men.