Analysis of A level core STEM entrants and results by girls

Analysis of A level core STEM entrants and results by girls 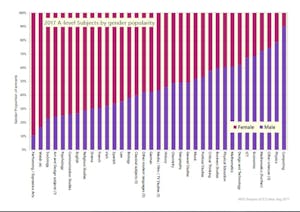 The number of girls entering key core STEM subjects has increased, despite the overall number of A level entries across all subjects falling. However, girls still remain under represented across core STEM - for the second year in a row they represent just 36.7% of entrants to core STEM subjects due to a growing number of boys taking the subjects too.

WISE are encouraged by the growth in the number of girls taking physics, maths, further maths, chemistry and computing (where the number of girls taking this subject has increased by 34% since 2016). However there is still work to be done as despite these increases girls still represent just 10% of entrants in computing, 22% of entrants in physics and 28% of entrants in further maths - all key subjects for students wishing to pursue further qualifications in technology and engineering.

There is a more positive outlook in chemistry, maths and design & technology where girls represent 51%, 39% and 38% respectively - with the number of entries from girls increasing in maths and chemistry.

In ICT, despite girls representing an encouraging 32.7% of entrants to the subject, the number of girls taking this subject has dropped by 20% since 2016.

In physics, chemistry, biology, maths and further maths, girls continue to perform as well as or better than boys with over 25% of female entrants in these subjects achieving A-A* – demonstrating yet again that it is not a lack of ability that keeps girls from pursuing STEM subjects. 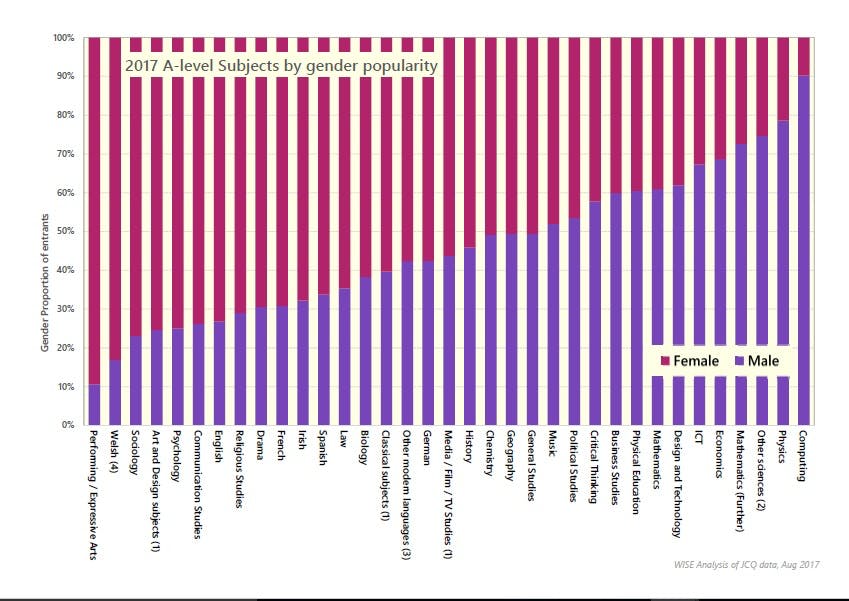