There was no significant change in the number of women graduating from UK universities with a core STEM degree in 2016 compared to the year before. Women made up 25% of the total, the same as last year and the year before. Just over 22,000 women graduated in 2016 in the five core subjects most relevant to construction, engineering and technology, compared to over 65,000 men.

The number of women graduating in physics, engineering and technology, architecture, building and planning was slightly higher than last year whilst the number of men for all these subjects dropped slightly. In computer science, the number dropped for men and women. In maths, there were slightly fewer women and slightly more men.

The infographics below show the number and percentage for each of these subjects in 2016 compared to 2015.

Women are in the majority in medical and biological sciences (70%). The bar chart below shows the male and female percentage of graduates for all STEM subjects. 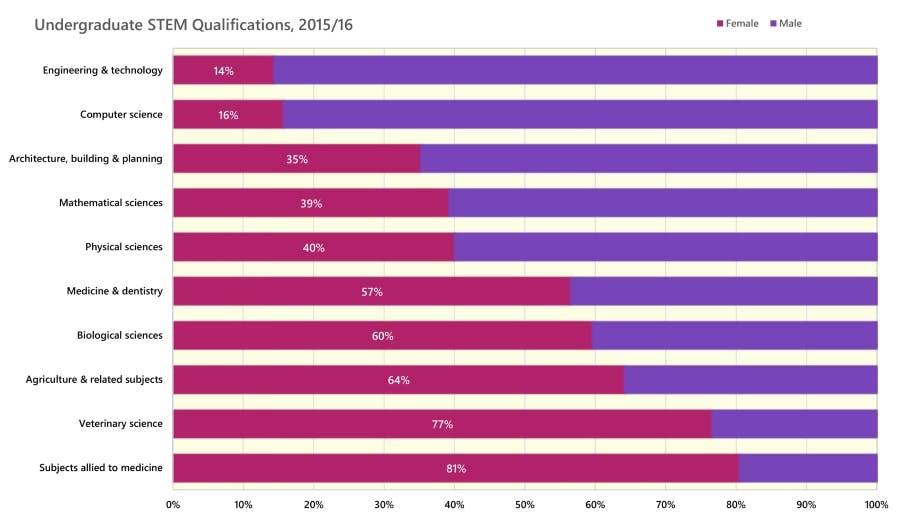 Data is taken from the Higher Statistical Education Authority (HESA), January 2017, Table 12a