Women on Boards of FTSE 100 Companies 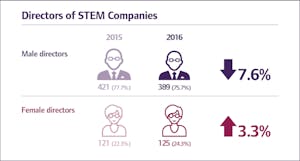 Of the companies listed on the FTSE 100, 48 are classified as STEM and 51 as non-STEM. Across the FTSE 100, 26% of directorships were held by women; non-STEM companies have a slightly larger representation of women on their boards than STEM companies (see Figure 1). Of 279 female board directors, 125 (45%) are in STEM sectors, down from 47% last year. 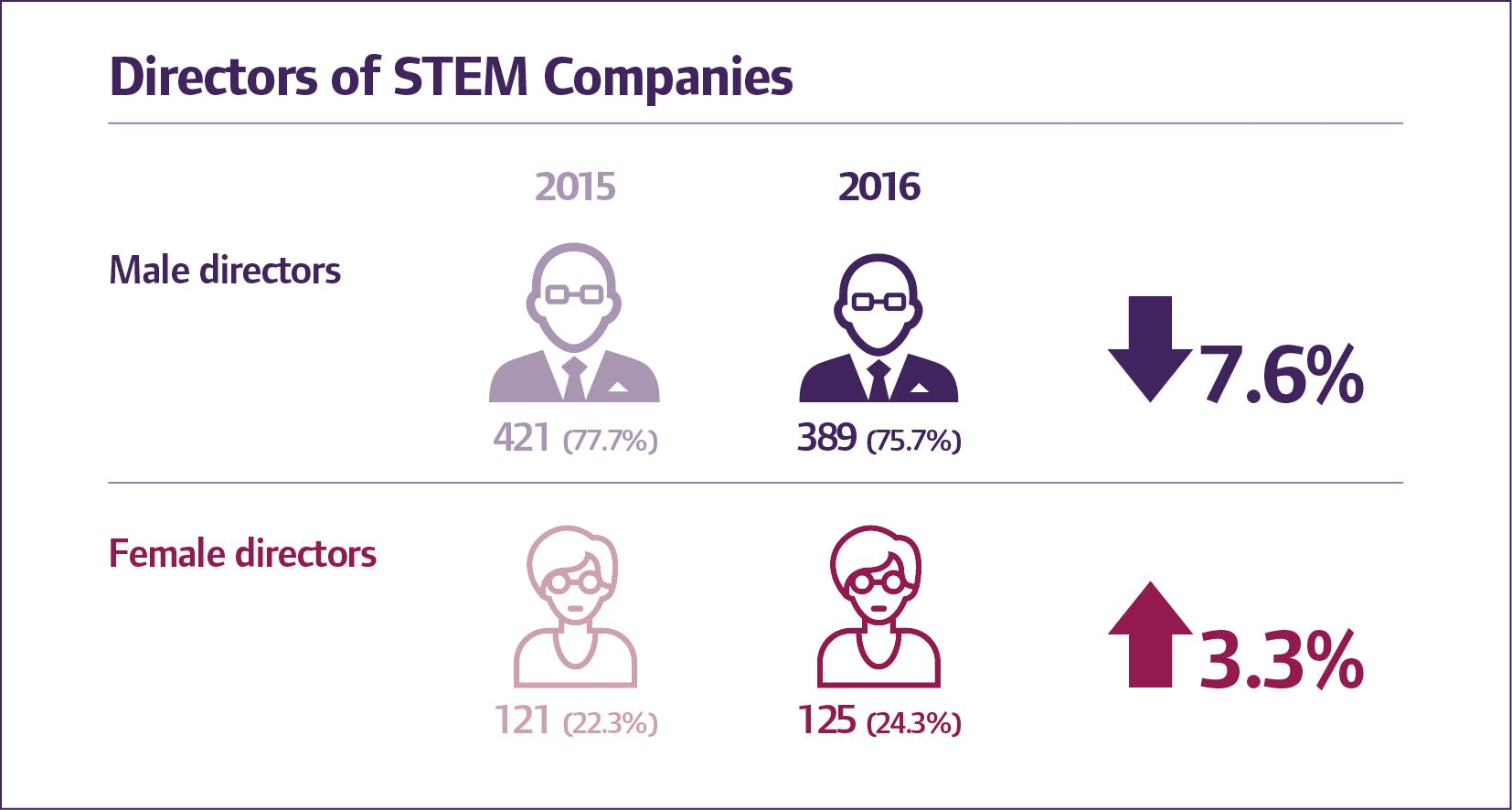 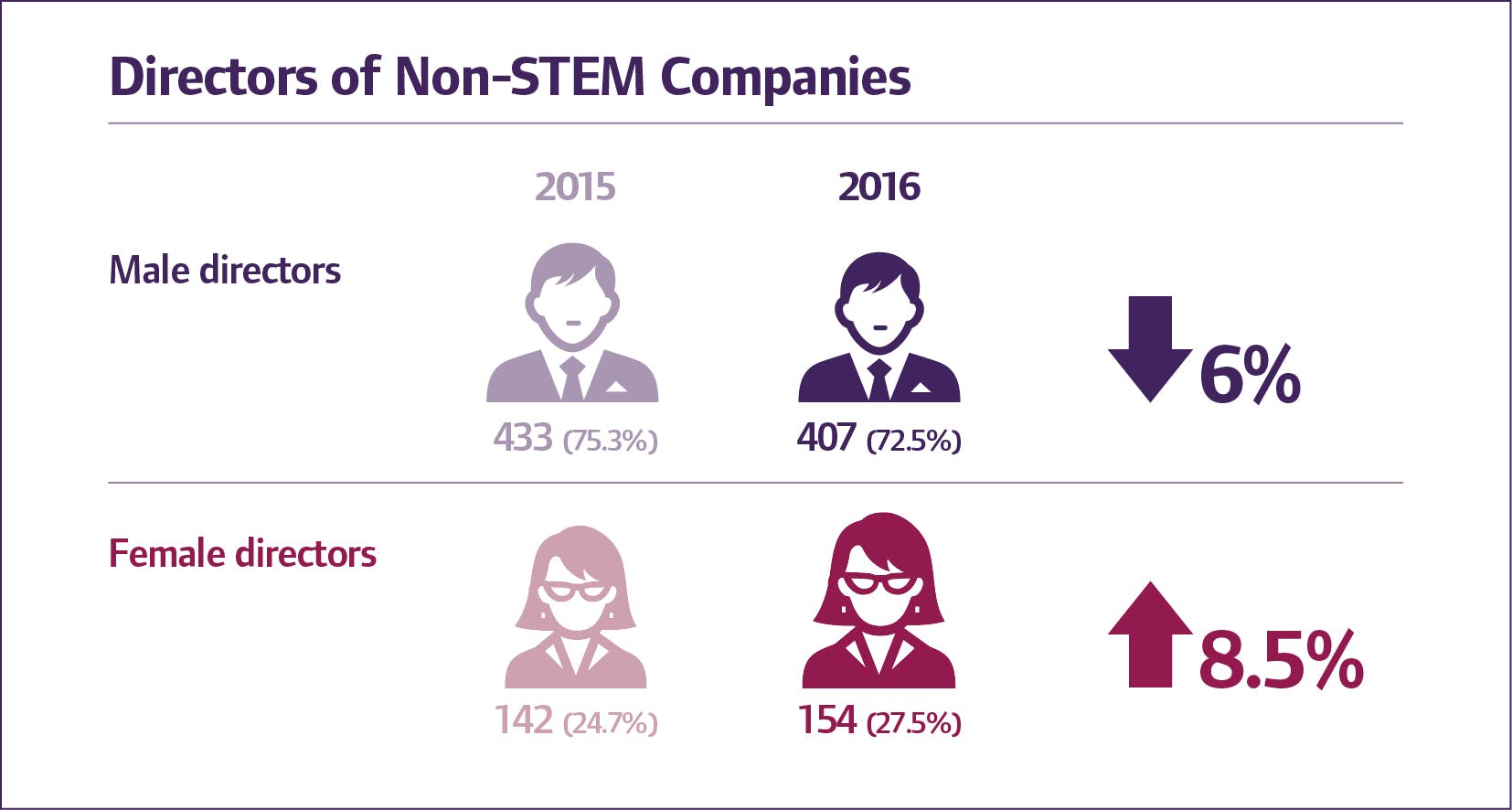 There are now 61 companies who have met the voluntary target of 25% women on boards suggested by the Lord Davies report, 27 of these are STEM companies. During the closing of the Davies review, a new voluntary target of 33% was set to be achieved by 2020; in order to meet this target companies should be achieving 27% women on boards in 2016. Only 44 companies have achieved this target, and of these only 18 are STEM companies.

The Cranfield 2016 Report ranks the same two STEM companies, Diageo and Unilever in its Top 10 with the highest percentages of women on their Boards. Diageo remained at the top of the rankings, with 45.5%, and Unilever rose from 8th to 4th place with 43% women (up from 35% in 2015).

The secondary analysis uses data from the Cranfield University School of Management Female FTSE 100 report 2016 (Dolder et al, 2016). The report ranks the FTSE 100 companies according to the percentage of Board directorships that are held by women.