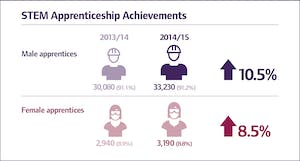 This lack of change is despite increasing awareness of the importance of diversity, particularly its role in addressing the current skills gap, and despite active steps being taken by major employers to target this problem. If the current gender divide in STEM apprenticeships is to be effectively tackled, a co-ordinated approach is needed - WISE, Semta and ICE have launched the Apprenticeship Toolkit which contains practical guidance on how employers and training providers can increase the number of women on their STEM apprenticeships. 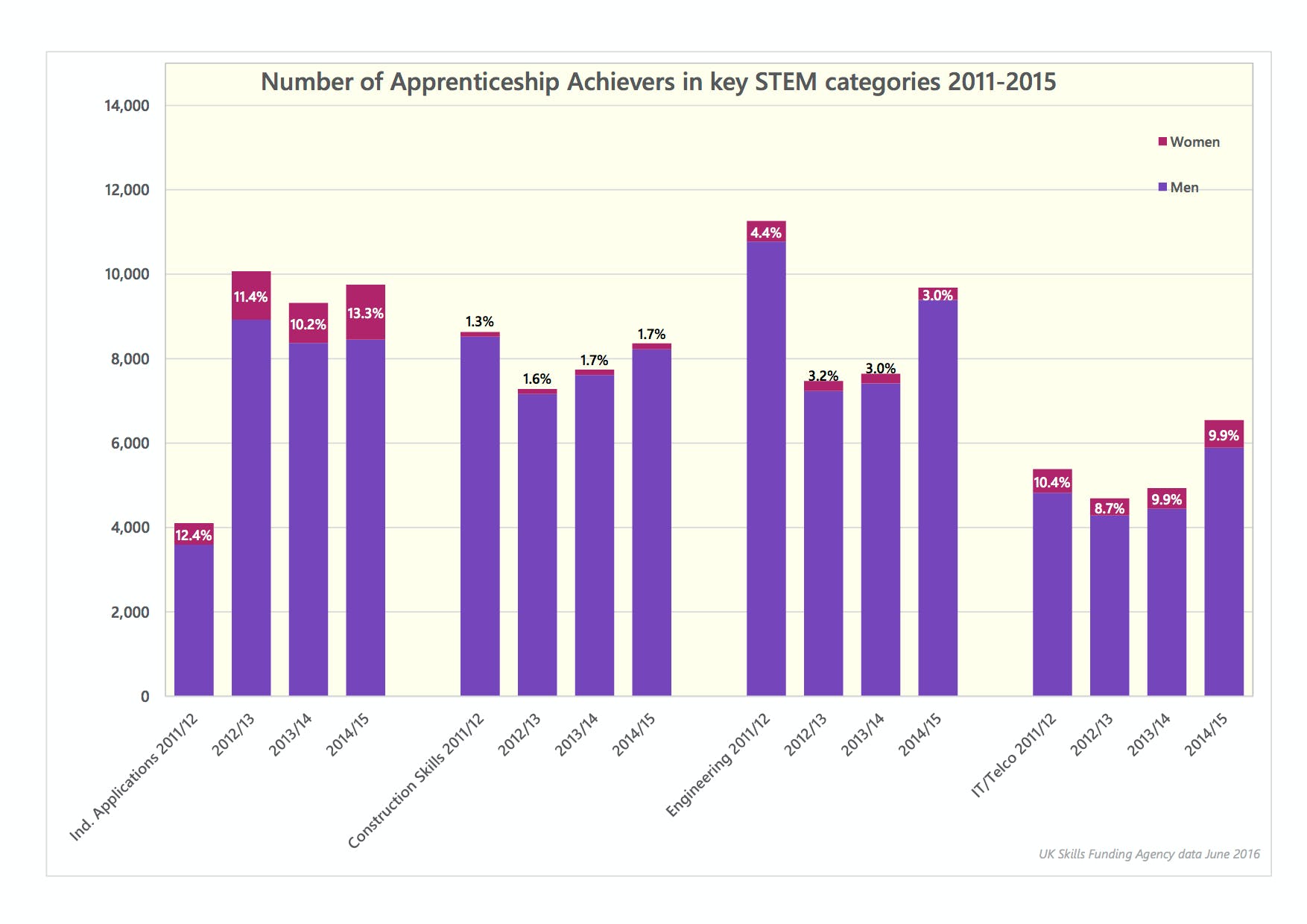 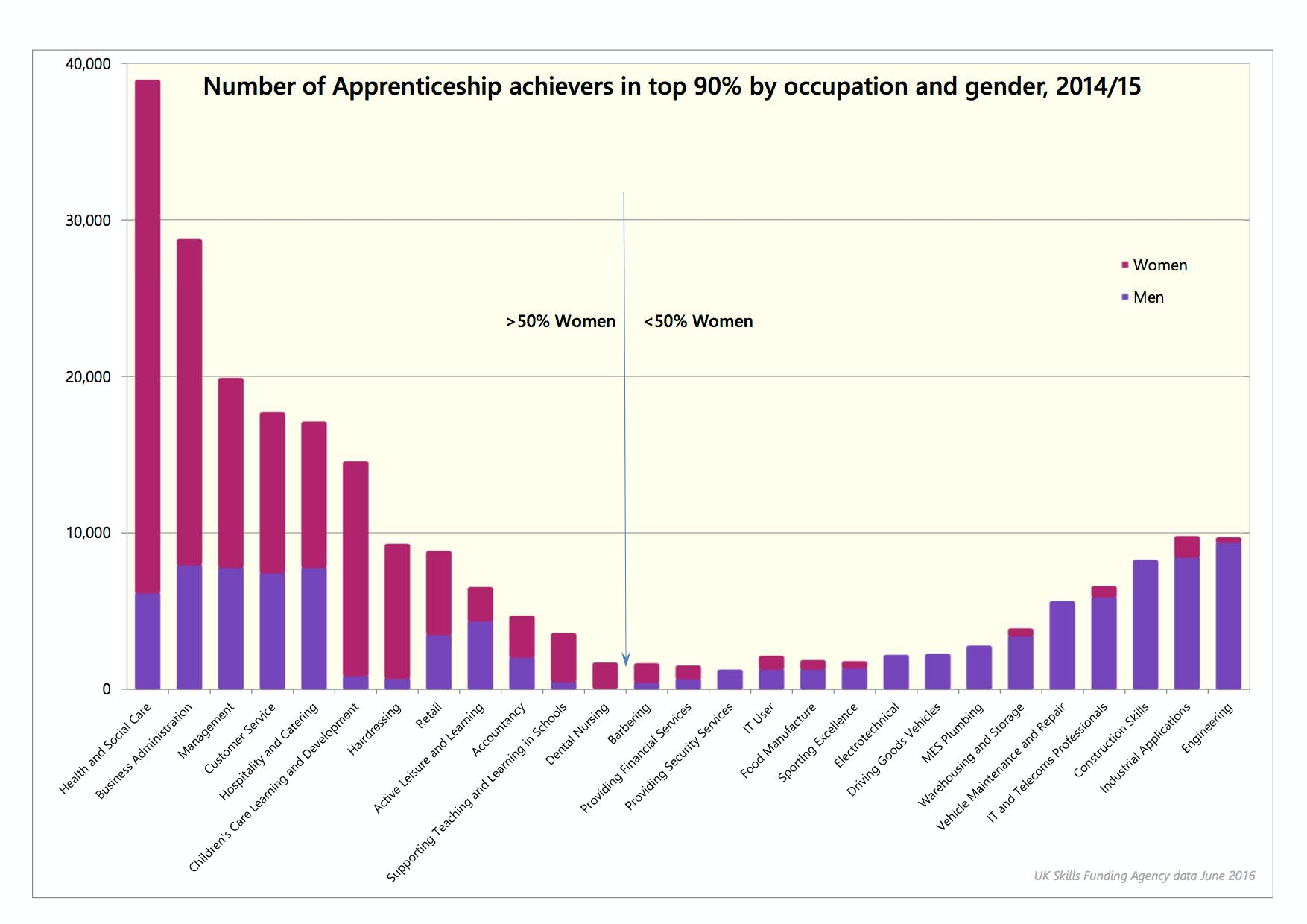 Females represented 11% (1,660) of apprenticeships started in ICT, 7.6% (2,610) of starts in Engineering and Manufacturing Technologies and just 2.1% (520) of starts in Construction, Planning & the Built Environment. 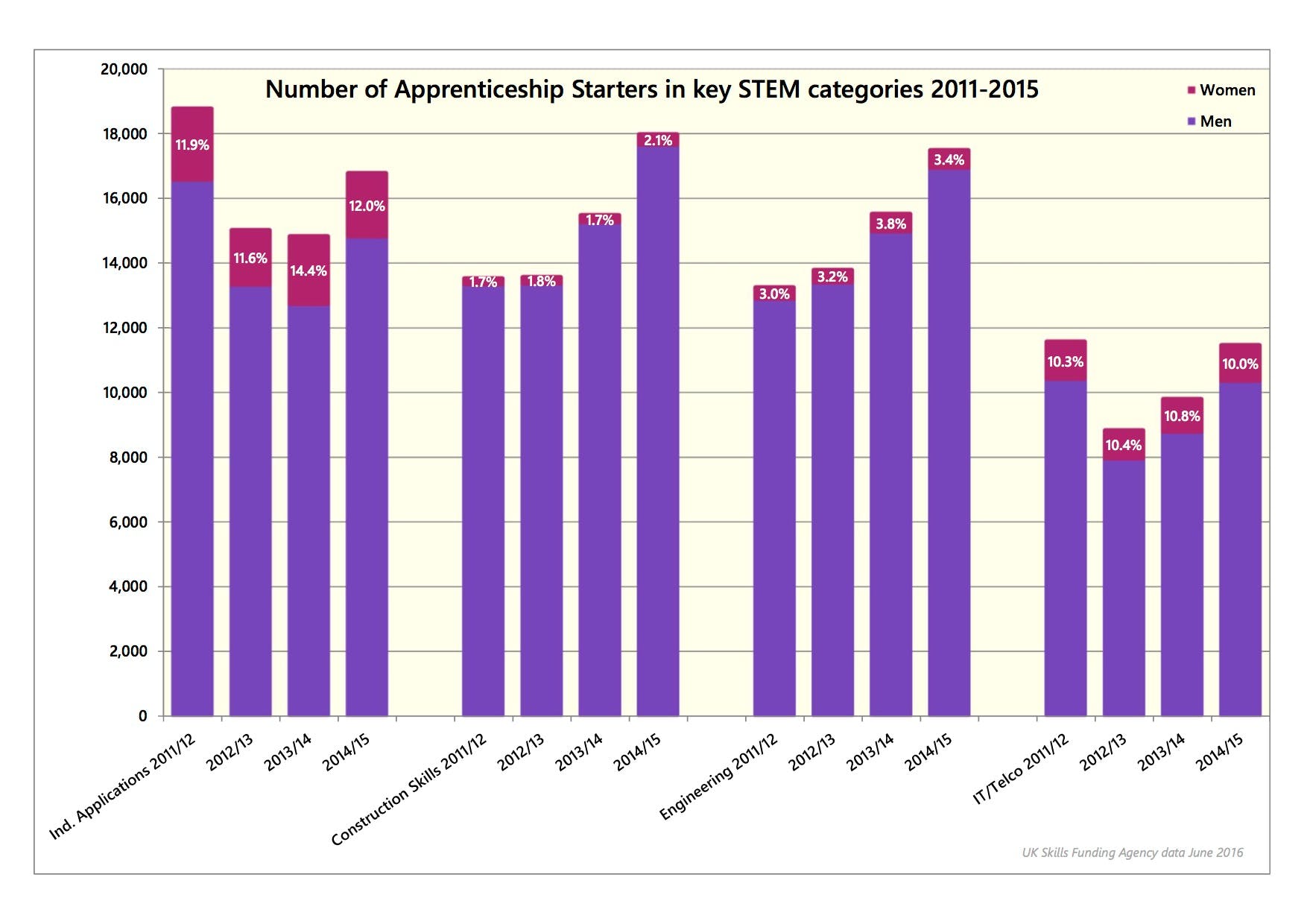 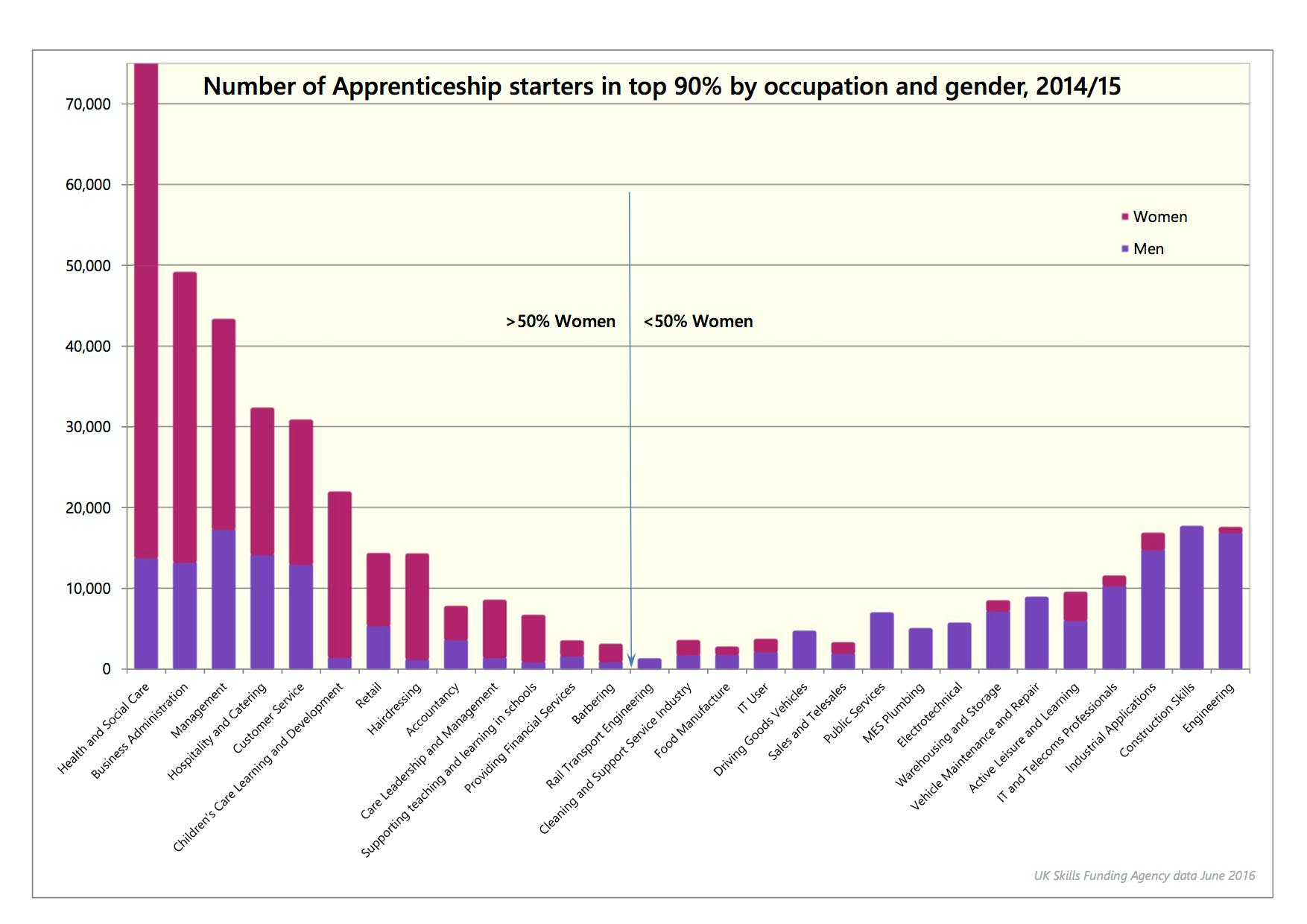 The Data Service provides data on apprenticeships. This page analyses apprenticeship data from 2014/15. The commentary is about all apprenticeships started and completed by combining intermediate, advanced and higher apprenticeships. The data presented is for three sector subject areas: Engineering and Manufacturing Technologies; Construction, Planning & the Built Environment and Information & Communication Technology.