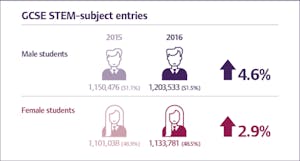 The 2016 GCSE results show that there has been an increase in the number of STEM subjects taken by students. Girls are taking more STEM subjects and achieving better grades at GCSE. 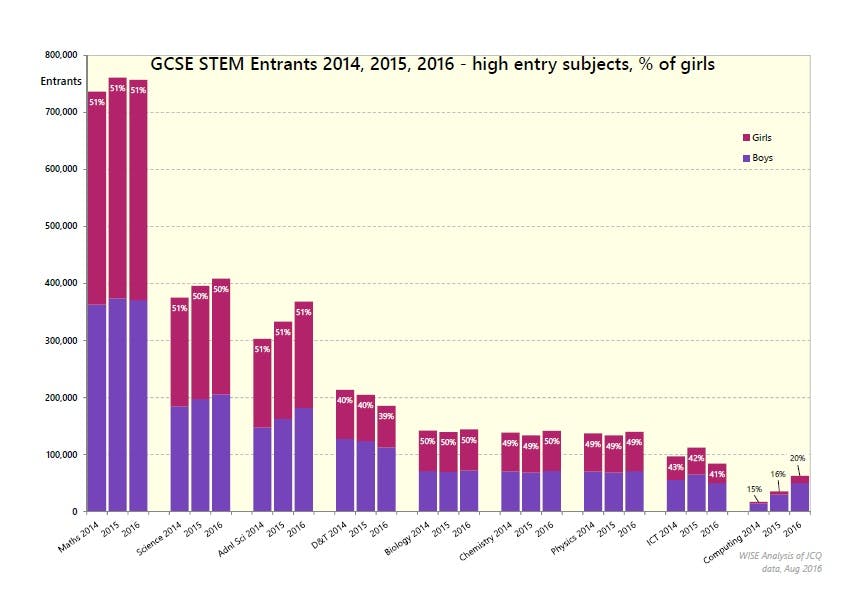 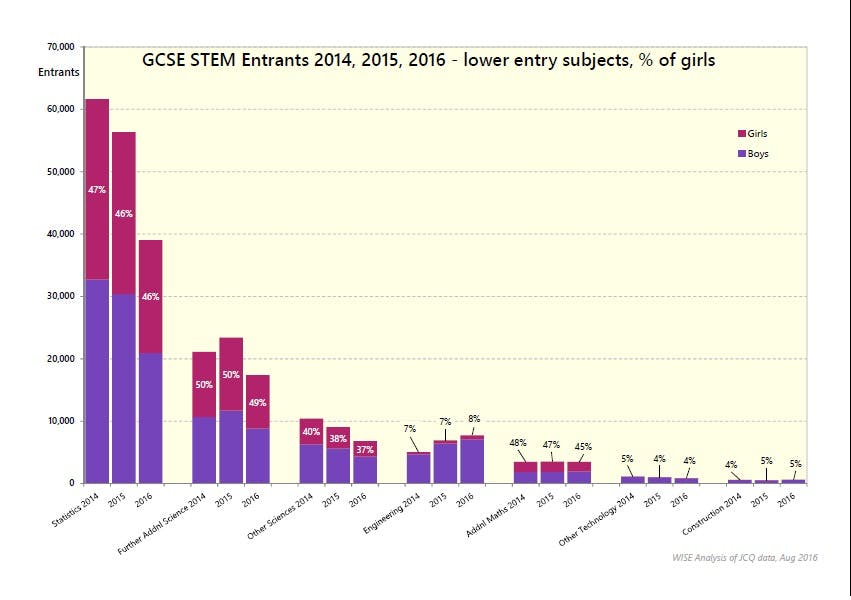