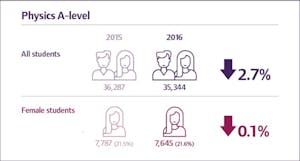 The 2016 A-level results show the proportion of girls taking core STEM subjects has held up, but a worrying drop in the number of girls taking A-level physics, a core entry requirement for a career in engineering. 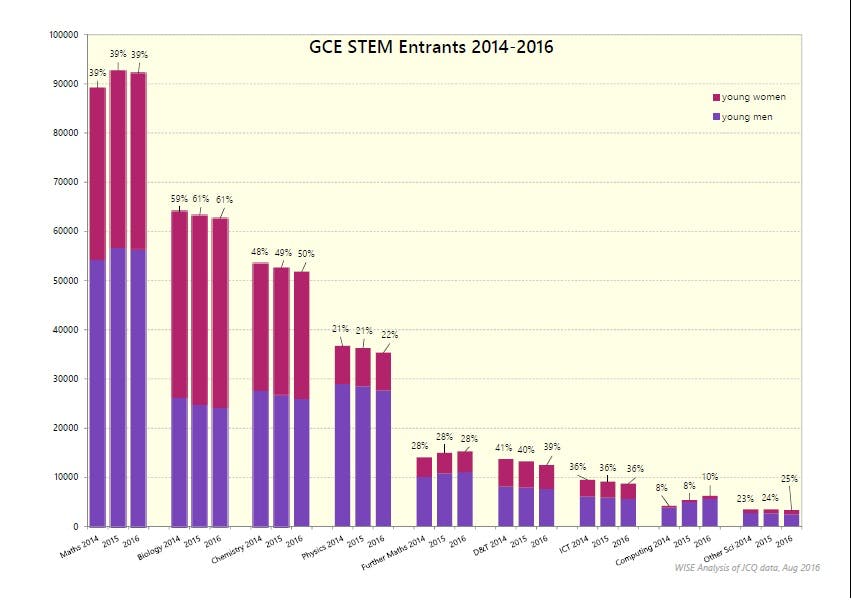 The overall number of students taking A-levels is lower in 2016, reflecting fewer 17 and 18 year-olds in the population. STEM subject entries have held up better than others, with the proportion of entries to STEM subjects by female students reducing by 0.8% compared to an overall drop of 1.65%. Computing A-Level has seen the largest percentage increase in uptake by female students, although it remains the most male dominated subject.

Girls continue to outperform their male counterparts in STEM subjects, with a higher percentage achieving A or A* grades in biology, computing, design & technology, further maths, ICT and other sciences. 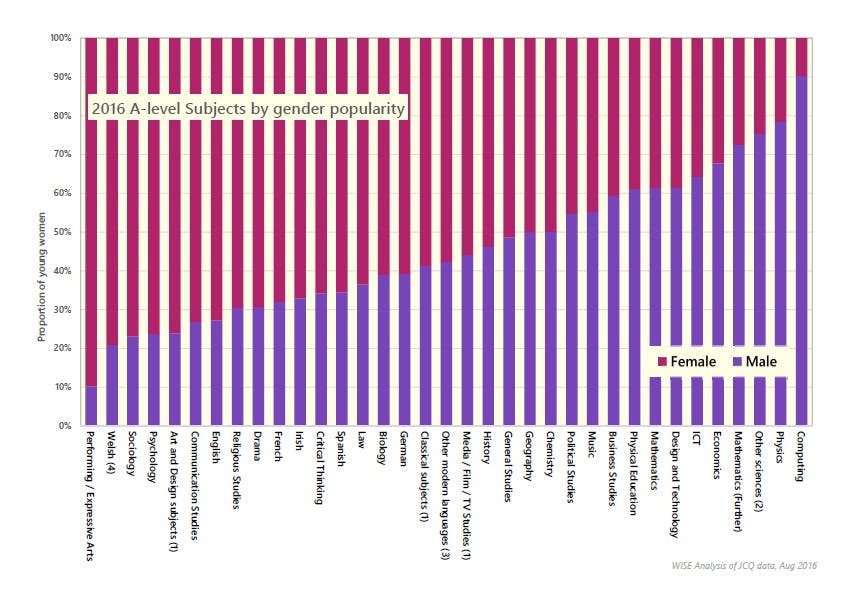