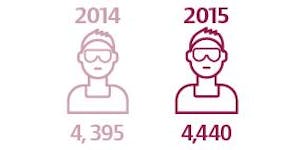 Fewer women graduated from UK universities with a STEM degree in 2015 than in 2014 (nearly 6,000 fewer, a drop of 5%). A total of 22,130 women graduated in 2015 in the five core subjects most relevant to construction, engineering and technology:

This is 1220 fewer than the year before. Apart from a slight increase (45 more) in engineering and technology, numbers dropped in all four other STEM subjects above. The infographics below show the number and percentage for each of these subjects.

Of the women who graduated last year, 39% had a STEM degree. Women made up the majority (51%) of all those who graduated with a STEM degree, but they remain concentrated in life sciences. The bar chart below shows the male and female percentage for all STEM degrees. This updates the chart in the WISE 2014 Statistics Report. 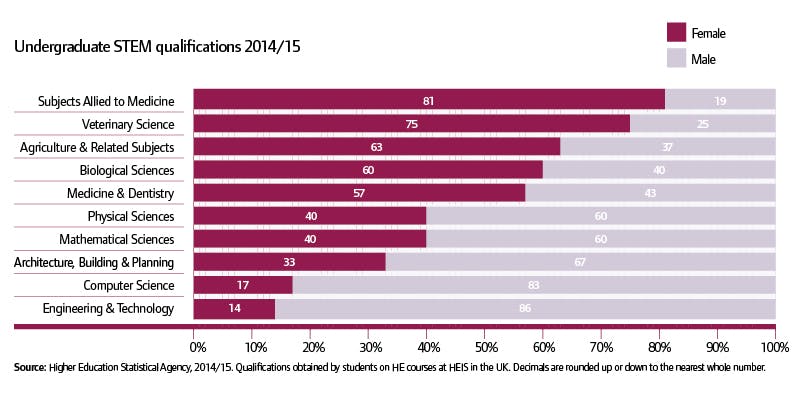 For more detail on Higher Education results, including acceptance rates in different subjects relevant to engineering and technology, see the Engineering UK 2016 report.