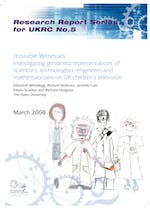 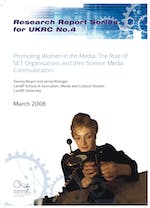 Promoting women in the media: The role of SET organisations and their science media communicators

This research examined the views/experiences of science media communication specialists who have a key gate-keeping role in the representation of SET. 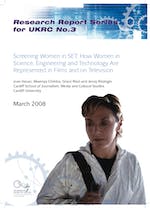 This report is part of a series of four reports examining the representation of gender and science. The work was commissioned by the UKRC for Women in Science, Engineering and Technology. This part of the research examined representations of women in SET in films and television drama, drama-documentary and documentary. Textual analysis was complemented by interviews with those involved in producing programmes and analysis of some audience responses. 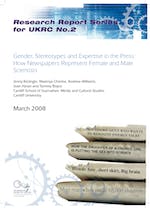 Gender, stereotypes and expertise in the Press: How newspapers represent female and male scientists 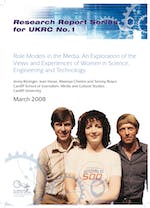 Role models in the media: An exploration of the views and experiences of women in SET

This research examined the views/experiences of those working/training in SET. Data was collected from 86 women through questionnaires, interviews and focus groups. 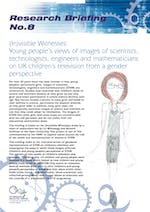 Young people's views of images of scientists, technologists, engineers and mathematicians on UK children's television from a gender perspective. 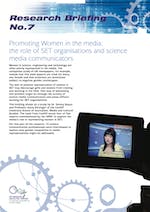 Promoting women in the media

The role of SET organisations and science media communicators 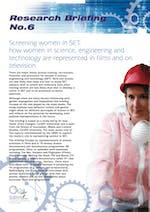 How women in science, engineering and technology are represented in films and on television.