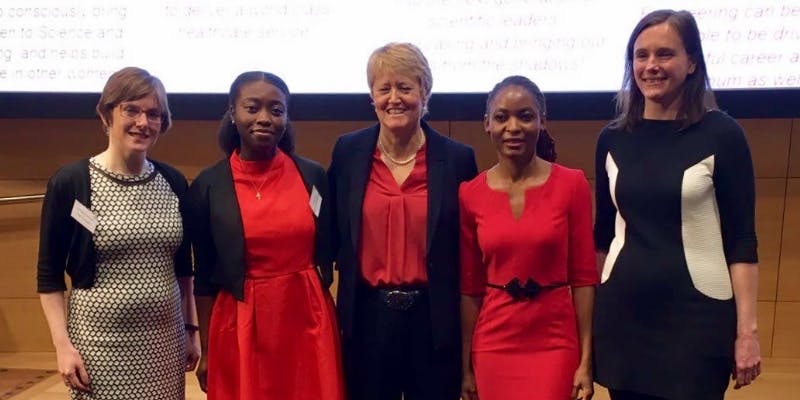 The initiative, launched on International Women’s Day in partnership with WISE - the campaign to promote women in science, technology and engineering – is now in its second year.

The 2017 scheme was formally announced by Professor Sue Hill OBE, Chief Scientific Officer (CSO) for England at the CSO annual conference taking place at the Crick Institute in London (6-7 March).

Professor Sue Hill OBE, said: “This is a unique opportunity to help female healthcare scientists working in the NHS to gain the skills and experience to become the next generation of leaders in the health system.

“We have worked with WISE to create this fellowship scheme which is supporting their aim of getting one million more women in the UK working in careers based in science, technology, engineering and maths. The NHS Constitution states a central principle that it ‘operates at the limits of science’ and as a result there is a wide variety of extremely rewarding careers available in the health service for talented individuals and we want more women to be inspired to take up these roles.”

A 2016 WISE fellow, Sandra Chinyere, Ashford and St Peter’s Clinical Service Manager for Neurophysiology, said:“One of the most valuable features of the fellowship is giving a voice to healthcare scientists, something that has been missing for a long time. It is a visible platform via which women from healthcare science backgrounds can move into influential leadership roles crucial for the delivery of better healthcare to patients.”

Find out more and how to apply here.