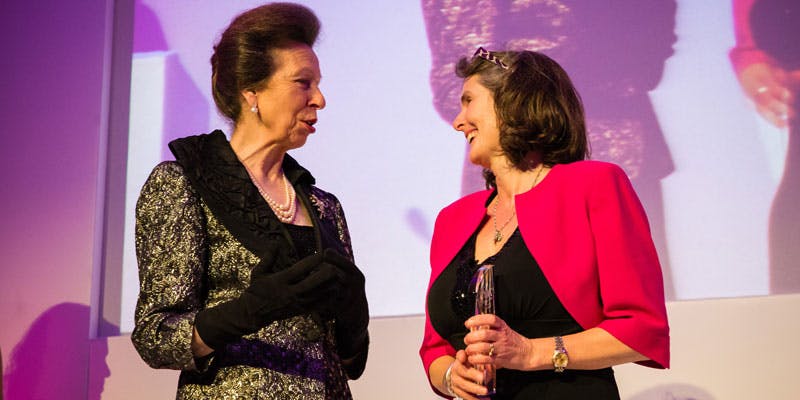 “We want to show every girl in this country and her family that she could have a wonderful future in science and engineering” – HRH The Princess Royal, Patron of WISE

Anna Shaw, Laboratory Analyst Apprentice, GlaxoSmithKline, winner of the WISE Apprentice Award 2014
“I chose the apprenticeship route because I enjoy having a full time job but wanted to really develop myself technically too. The Award means a lot to me because I was never pushed forward by teachers at school. I want to make it possible for all the younger generation of people who follow to do the same thing.”

Social housing provider Incommunities Group Ltd, winner of the WISE Diversity Award 2013
“It is important for Bradford to be representative of the community in which we work. We strive to have women and people from minority ethnic backgrounds across our workforce - by doing so we can provide a better service to our communities and our people.”

Jointly sponsored by McKinsey and the Royal Academy of Engineering, WISE is launching the " WISE Man of the Year Award” for the first time this year. This new category will recognise the crucial role men play in championing diversity and recognise their power to change workplace cultures and influence perceptions in order to make a bigger difference.

The nominations are now open and the deadline for submissions is 9.00am Friday 8 July 2016.

The WISE Awards categories and sponsors

WISE Rising Star Award – sponsored by Intel For a girl or young woman studying or training in science, technology, engineering or mathematics whose achievements and passion have inspired others to follow in her footsteps. (Replaces WISE Girl and WISE Apprentice Awards)

WISE Hero Award – sponsored by Babcock To celebrate the inspirational story of a woman using science, technology or engineering to make the world a better place

WISE Health & Safety Award – sponsored by BAM Nuttall For a woman who has improved health and safety within a science, technology, engineering, manufacturing or construction environment

WISE Research Award – sponsored by Winton Capital Celebrating cutting edge research in science, technology, engineering or mathematics - to show the contributions women are making to advances in scientific or other technical fields

WISE International Open Source Award – sponsored by Bloomberg This is an international award for female contributors to open source software projects, reflecting the global nature of the open source community and the tech sector at large. Finalists will be asked to commit to an activity that helps get girls and women excited about careers in technology.

WISE Employer Award – sponsored by AWE For an employer who has adopted the Ten Steps or a similar framework and can demonstrate a positive impact on the recruitment, retention and progression of women in their organisation, through their supply chain and/or the wider industry

WISE Impact Award – sponsored by Thales For a project, campaign or initiative which has significantly increased the number of girls or women in science, technology, engineering or mathematics in the UK and could be replicated by others. We are looking for evidence of sustained change

WISE Woman of the Year Award – sponsored by Rolls-Royce PLC Celebrating the achievements of a woman in a leadership role in a science, technology or engineering industry

WISE Man of the Year Award – jointly sponsored by McKinsey & The Royal Academy of Engineering To recognise men who are championing gender diversity, using their influence to drive change in their own organisation and amongst their peers

The nominations are now open and the deadline for submissions is 9.00am Friday 8 July 2016.

Tickets are on sale here