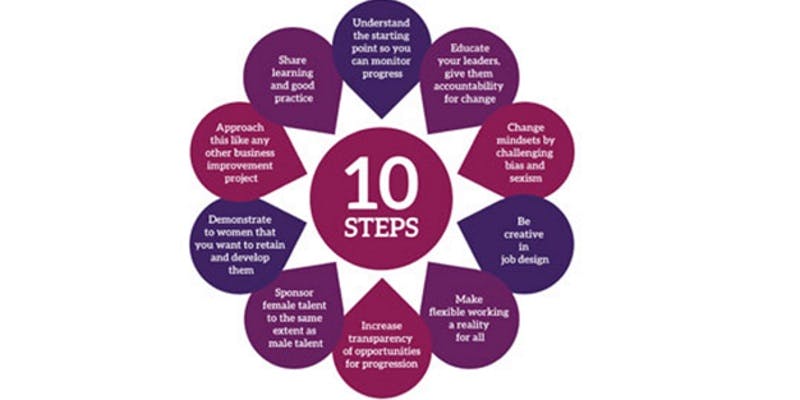 As newly released statistics illustrate the continuing imbalance of women in science and engineering professions, leaders of 20 of the UK’s top science, technology, engineering and manufacturing companies have written to the Prime Minister, seeking his support for a new industry-led campaign to boost the retention and development of women employees.

Data published today by WISE show that, although the number of women engineering professionals has doubled since 2012, they continue to represent less than 10% of the workforce - the lowest proportion in Europe.  To reach even a modest target of 30%, WISE calculates that the UK would need 1 million additional women in the science, technology and engineering workforce.

To address this challenge, 20 major UK companies have committed to a ten point plan, based on actions which have proved to make the most difference within a science, technology or engineering environment. The ten steps have been developed by industry members and partners of the Royal Academy of Engineering and the WISE Campaign.

Trudy Norris-Grey, Chair of the WISE Campaign, said: “Our economy needs more women in science, technology and engineering to propel the competitiveness of UK industry on the world stage. To make a real difference, we need the commitment of industry at the highest level to ensure the working environment gives women the same opportunities to succeed as their male colleagues.

“I am delighted that 20 top companies have shown leadership in being the first to commit to implement the ten point plan. We hope that, with the Prime Minister’s support, many more companies will join them in the future.”

The campaign is already gaining momentum in the highways sector, as Highways Agency Chief Executive Graham Dalton has made a personal commitment to sign as well as to promote the Ten Steps within their supply chain.

Allan Cook, Chair of the Academy’s Diversity Leadership Group and Chairman of Atkins, commented: “UK industry needs to recruit, retain and inspire the best talent available to build and retain a competitive position in the STEM business sector. As long as women represent such a small proportion of our workforce, especially at senior levels, we know that we are missing out on a rich pool of talent. It is widely recognised that a diverse workforce offers real advantages in terms of increased innovation and effectiveness.

“This is a business imperative as we look to maintain and enhance the UK’s competitive edge in our engineering sector which is such a vital part of our national economy.”

The ten point plan is a pledge to:

The 20 initial signatories are:

Read the full responses from Government

Read the letter to the Prime Minister