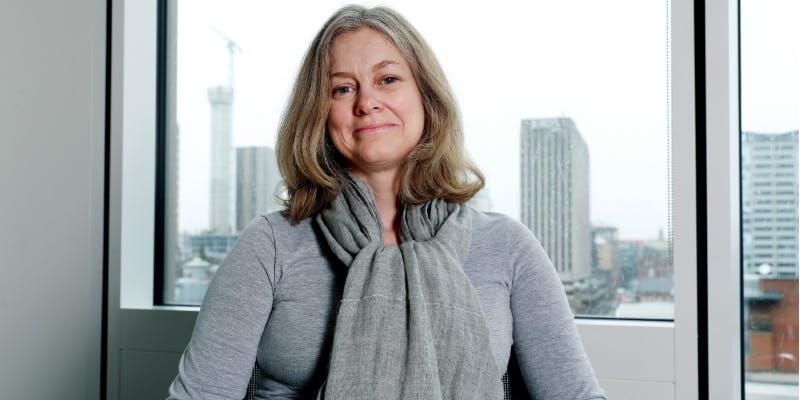 Six months ago, I returned to work after an 11-year career break to bring up my children. Whilst I love the time spent with my girls, I had always enjoyed the challenge and social interaction that my career gave me, and I felt ready to do something new.

It’s hard enough to get back to work after a two-year break let alone 11. The usual recruitment processes don’t apply; it’s down to your personal network, which after a long career break you may no longer have.

With fierce competition to get the best talent, employers are now looking at different routes to get the talent in. Highways England wanted to consider one of these routes and run a returners programme aimed at bringing professional women, with a career break of two or more years, back into the workplace at a similar level to where they left and to start to build their career again.

Highways England recognises the value of having a diverse workplace and I was lucky to be offered a role on their first returners programme in 2017. I was one of 14 women recruited to join the company in a variety of roles from a range of professional backgrounds, not just from the transport industry. I was a finance change director in a multinational drinks company, but they recognised that I had transferable skills that they could use.

I’m now a Project Sponsor in the Major Projects team, which builds new motorways. Previously, I probably would not have applied for or got this job as I had no experience in this area but, despite a steep learning curve, I have loved it.

It’s my role to ensure that projects reflect the Highways England strategic objectives and deliver the benefits, financially, economically and environmentally that they set out to do. I need to understand a diverse range of issues such as the national and local economic framework; the politics at play locally and nationally; transport modelling and construction; and legal processes to build a road plus many environmental issues. One thing I wasn’t expecting to deal with was scheduling road construction around nesting birds, newts and dormice.

I’ve been able to use many transferable skills. Much of my role is communication – to the project teams and wider business. There’s a lot of organisation and planning and ensuring that we have the appropriate governance in place to meet our licence. And you need to be prepared to challenge; making business decisions that use public money wisely.

As part of the Women Returners’ network in Highways England, I have an immediate network of like-minded people who I have bonded with. Highways England has provided a framework for us to succeed in the transition back to work. We’ve each got a mentor who for me acted as a buddy and go-to person to ask advice and to open doors to other parts of the business. A highlight for me was meeting the Chief Executive and other members of the Executive Group at our induction, who shared their vision for the company and why they enjoyed working here. It was great that their personal as well as business values aligned with mine.

The Women Returners’ Network provided four days of coaching sessions, which eased me back into the working environment and helped build my confidence as a credible employee while also building my networking skills. The programme lasted for six months and at the end most of the returners have been confirmed as permanent. Evidence of success.

It’s fair to say that there have been ups and downs over the first six months. It’s a lifestyle change and I have missed spending more time with family and friends. But most of my colleagues have been supportive and I am very lucky to have a great team.

Most of all, I’ve enjoyed regaining my confidence and have proven to myself that I can still add value in the workplace. There’s a great bunch of people here who have been very supportive and make my working day huge fun. I am very glad that I have been given this opportunity to have such an interesting role.

We will be launching our Highways England returners programme "Bridging the Gap” in April 2018. Find out more.