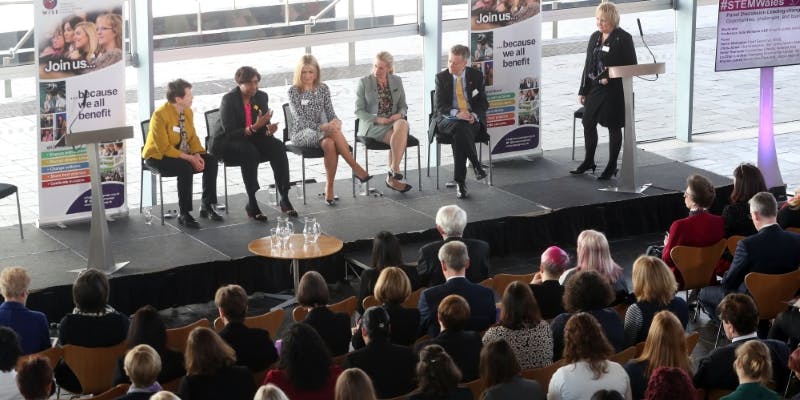 Anybody who has given a talk at a conference will know that the question and answer session can be a great way to get feedback on your work from experts in your field. As the question-asker, it provides the opportunity to engage directly with the speaker, provoke debate around important points, and demonstrate your own knowledge of the subject.

As scientists attending a lot of professional meetings and conferences, we noticed that, in addition to the widely-recognised problem of conference panels being dominated by men, question and answer sessions at the end of talks were showing a similar gender bias.

We wanted to test if this was a significant pattern, so we looked at one of the largest meetings in our field, the International Congress for Conservation Biology, which in 2015 hosted 2000 attendees from 98 countries. With a team of research assistants, we observed 31 question and answer sessions across the four-day conference, recording the number of questions asked by both male and female attendees.

Why does this matter?

Participating in conferences can be an important way of building a reputation as an expert in your subject, which contributes to raising your status in the scientific community. Asking questions at conferences is a visible activity that may increase the profile of the questioners. Therefore, regardless of the reason for the gender differences, the fact they exist may be another factor in favour of men in the competitive academic arena.

Our findings match those of similar studies in very different STEM fields, so it is not a quirk of this field or this conference. We suggest that the discrimination and bias that women face in STEM fields can lead to lower confidence and less willingness to offer questions. There is evidence that participation in by female students in science classes decreases as they progress through school, and remains lower than male students at university. The lower rate of question-asking by female scientists suggests that this behaviour continues in the professional realm.

What can we do?

First, we want our research to inspire conference organisers to explore new ways of encouraging participation among all attendees. We do not believe that our findings suggest that women need to change their behaviour to be more like men, but ways should be found to ensure that everybody can make their voice heard. For example, questions over Twitter or other creative solutions could be tested. Session chairs could also be made aware of potential biases and be encouraged to pick participants that represent the gender balance in the audience.

Second, these patterns of behaviour we observed are only a symptom of the bigger issue. Addressing gender representation in Q&A sessions will not solve the problem. We should continue to research and investigate the underlying causes, so we can implement actions that change the bigger picture for women in science. If we are to level the playing field for women in STEM the complex issue of gender inequality has to stay on the agenda.