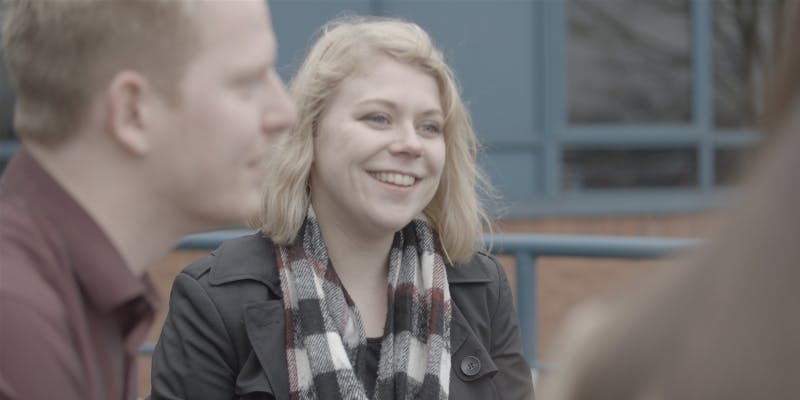 A year ago today (as I’m writing this), I started my first real job after graduating from a Natural Sciences degree at University College London. While coming to terms with moving to a new city, a new daily commute, and learning the names of my new colleagues, I was also beginning to understand the importance of the science I was about to undertake in my new role.

The Defence Science and Technology Laboratory (Dstl) conducts science and research as part of the Ministry of Defence (MOD) and makes a significant scientific contribution to the defence of the UK. From designing features for the Royal Navy’s next flagship, to researching treatments for the effects of chemical weapons, Dstl is a hub of fascinating research and emerging technologies that most people don’t even know exist.

Recognising that the work that I do is helping to ensure the safety and security of the country and its armed forces is a humbling and occasionally frightening thought; something I certainly didn’t appreciate the full weight of until I began the job. While working at Dstl, one soon realises how incredibly fulfilling undertaking research projects that lie at the forefront of defence science is, knowing that much of the work you undertake has a real impact on the UK, both now and in the future.

Nonetheless, as with most STEM organisations, there is still a vast shortage of women within Dstl, and that is apparent as soon as you step into the open plan office. Having done a lot of Physics within my degree, I was not unfamiliar with being in the minority as a woman. In many of my lectures in my final year as little as 10% of the total attendees were women, so it’s no surprise that many organisations struggle to hire young women into their workforce.

The division I work in within Dstl is made up of just 13% women, and whilst that is an improvement on some of my final year lectures, it never ceases to amaze me how few women choose this career path. However nice it is to often have the female toilets in the office all to myself, it can be frustrating, and occasionally intimidating to be working in an office full of men. But things are changing.

As a science and technology organisation 30% of Dstl’s workforce are women. Dstl is an incredibly supportive place and has many facilities to make things better for women working in a male dominated environment. A wonderful feature of this is Dstl’s mentoring circles for both junior and senior women, providing a safe environment in which one can talk freely about problems and issues they are facing generally, whether or not these issues have arisen as a direct result of being female. Having attended some of these mentoring circles I feel they are an invaluable asset to Dstl and enable women to feel more welcome and understood, bringing women of different ages and experience levels together in one room. Dstl is also endeavouring to hire as many young women as it can, consulting with women on the phrasing of job advertisements and the format of interviews to ensure they are as inclusive as possible.

I don’t remember many points in my childhood when I didn’t want to be some kind of scientist (I vaguely remember a brief period when I was about 5 or 6 when I wanted to be a popstar, but I’m grateful that blew over). I am incredibly encouraged by all the work that WISE and its partners do to encourage young girls to take up science careers, and to help those already undertaking them. There is certainly a fantastic sense of community and solidarity I feel with my fellow female scientists, and I have infinite respect for those women the generation before me, or two generations before me. Those women were the true trailblazers, and have paved the way for younger women like me to be taken far more seriously and experience far less discrimination than those that came before us. To you, I say thank-you, and can only hope to do the same for the next generation of female scientists.

The Dstl graduate scheme is now open - Find out more and how to apply here!