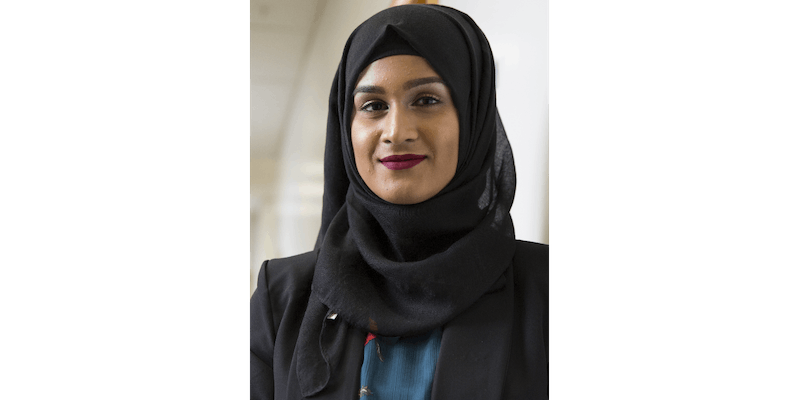 Sadiqa recently completed her 3rd year of a BSc Business Computing Systems degree at City University, London as a Professional Pathway Scheme student. Through this innovative scheme she has been working at Firstco, a specialist in control and communication systems engineering, as an IT Engineer since 2015. This has enabled her to take the skills and knowledge gained at university into the working world.

At Firstco, Sadiqa manages numerous in-house IT projects whilst improving the IT infrastructure and systems throughout the company. Having completed the ‘VMware vSphere: Install, Configure, Manage [V6]’ course, Sadiqa also runs Firstco’s Virtual Development Environment. Currently, she is working towards attaining her CCNA Routing and Switching certification to strengthen her understanding of networking technologies.

Sadiqa is a passionate advocate of girls studying STEM subjects and is working with her former sixth-form (Mulberry School for Girls) offering guidance to students considering STEM careers. As well as attending several career fairs as an advocate for both Firstco and STEM subjects, she also mentors two students from Mulberry and hosts talks and Q&A sessions to AS students about the endless opportunities in STEM.

Sadiqa has been involved in various events celebrating International Women in Engineering Day over the last two years. For example, she helped to gain publicity surrounding the “9% of women in Engineering is not enough” campaign at an event organised by the IET, raising awareness about the lack of females in the industry. Sadiqa wants to shift demeaning gender stereotypes, preventing any female from being told: ‘You’re a girl, you can’t do that!’, and help them to discover their inner strength, enabling them to pursue what they really want!

After graduating in 2018, Sadiqa plans to complete a Masters in Cyber Security, with the ambition of becoming an appointed expert in securing data and minimising threats.