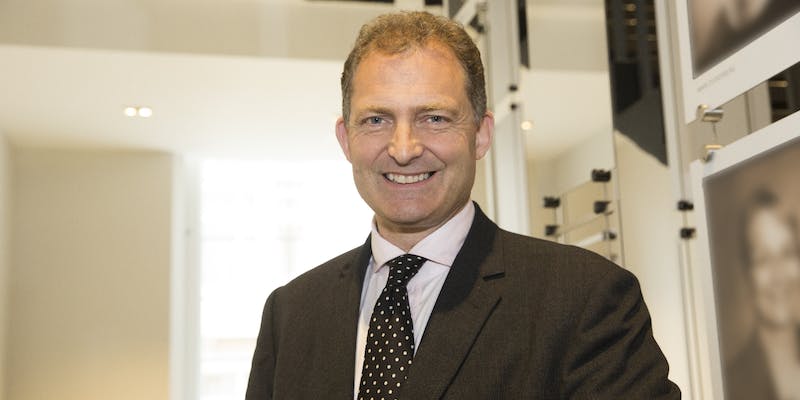 Finalist for the 2017 WISE Man Award

Robert has been Chief Executive of the privately-owned Marshall Group of Companies since January 2012. Marshall has annual sales of £2.3bn and the Company’s primary businesses are Aerospace & Defence Systems, Cambridge Property and Motor Retail. It is a founder member of the Cambridge Network of high-tech companies and is a major player in the high tech start-up scene through its investment vehicles, Martlet and MarQuity.

After attaining a 1st Class Degree in Engineering at Cambridge University, Robert spent some time in the USA as a Scientific Research Associate with Lockheed Martin, later founding a business designing and manufacturing specialist equipment for use in microbiology laboratories.

Robert joined Marshall of Cambridge in 1994, initially working for Marshall Aerospace with responsibility for delivery of engineering projects. In 2000 he was appointed Chief Executive of Marshall Specialist Vehicles and subsequently was appointed Chief Operating Officer for the Marshall Group of Companies.

Robert is passionate about redressing the balance of science and arts subjects, particularly on improving the gender and diversity mix of young people going into technical professions. To this end, he founded Cambridge LaunchPad in 2015, which has become a leading outreach programme.

He sits on the Board of EEF and Cambridge Ahead and has taken Board positions in a number of the start up companies in which Martlet has invested, including Chairmanship of Vantage Power, a provider of hybrid electric powertrain technologies.

Robert is an Alumnus of Harvard Business School and a fellow of the Royal Aeronautical Society. He is also a keen aviator and holds a Private Pilot’s Licence.