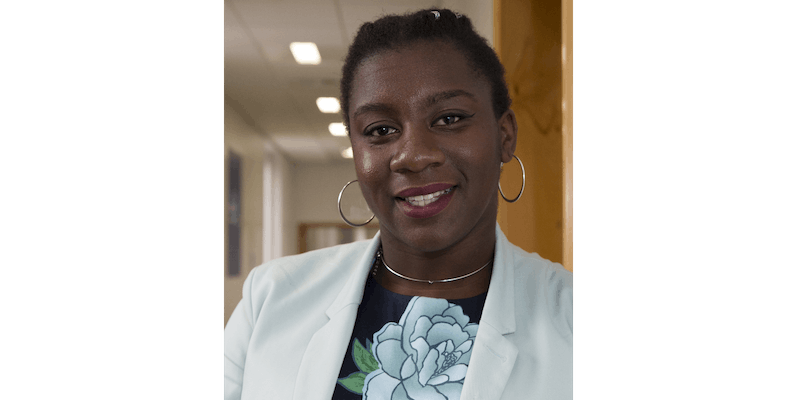 Floriane is a first year student at the University of Warwick studying Mechanical Engineering. She achieved A’levels in Maths, Physics and Chemistry at the Ursuline Academy Ilford, London. Floriane’s interest in Engineering stemmed from her team’s success at the National Science and Engineering competition in 2013 where they won the Shell prize. She joined the British Science Association’s CREST youth panel and was a keynote speaker and essay contributor for their ‘Not just for Scientists’ Campaign. As part of her role, she led the ‘Future Forum’ held at the Siemens Crystal’s London. She is passionate about encouraging young people into STEM and is a strong advocate of more women in engineering. She spoke at the Grand Challenges Conference hosted by the Bill and Melinda Gates Foundation. Her involvement has also been recognised by the Black Youth Awards where Floriane was the STEM Award winner, voted NCS Teen Idol 2017, participant in the BBC Digital Innovation Series, and Junior Board member of The Institute of Engineering and Technology.

Through public engagement, Floriane won the Redbridge Rotary Club Young Citizen Award for volunteering in her spare time to mentor young children at a summer STEM club. Under her leadership both as Head Girl and Stem Ambassador, her KS3 team have been very successful and won several prizes including the ‘Dulux Smarter Spaces £5,000 Classroom Makeover’ competition and the IET Faraday challenges.

In the future, she will continue to encourage more young people into STEM through mentoring, public speaking, blogging and other means of social media. She plans to have an active role in promoting STEM in her University.

When she is not studying and not engaged in other STEM activities, Floriane enjoys spending time playing the violin in her local symphony orchestra and is currently reading the Game of Thrones series.