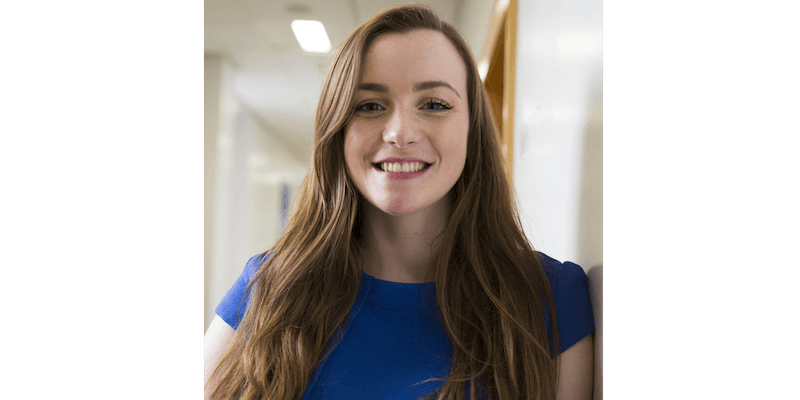 At school Edith-Clare’s desire to drive positive change connected her to STEM. Edith-Clare was first introduced to Engineering at a Year 8 IET challenge day where she relished the chance to innovate and apply the concepts she had learnt in Maths and Science to create practical solutions. Inspired by her own experiences, in sixth form, she founded a school physics society which ran hands-on problem solving events for Year 7 girls. In 2015, Edith-Clare delivered a speech at the United Nations in New York on Cyber violence and how young women interface with technology as part of the Commission on the Status of Women.

Now, as a pre-university Year in Industry Student at Rolls-Royce, working for Defence Aerospace, Edith-Clare continues to connect girls to STEM. Alongside her day job as a Service Engineer, she is an active committee member of the Gender Diversity Network and organises events, including Bring your Daughter to Work day and talks from inspirational speakers. Fuelled by the discovery that there are more Andrews than women in her engineering function, she organised a site wide celebration for International Women in Engineering Day 2017. She filled the offices with bunting in different colours representing the gender gap, globes representing the world wide engineering skills deficit and giant graphs to display the female talent pipeline. As a STEM ambassador, Edith-Clare presents her experience to girls to rival the media driven images and definitions of an engineer. She is leading a new virtual outreach scheme with the Gloucestershire Hospital Education Service engaging vulnerable girls who are unable to attend mainstream schools and currently have no access to industry-led STEM activities in Engineering.

In September 2017 Edith-Clare will begin her undergraduate MEng in Mechanical Engineering at the University of Sheffield.

#WISEAwards2017 | Edith's One to Watch Takeover