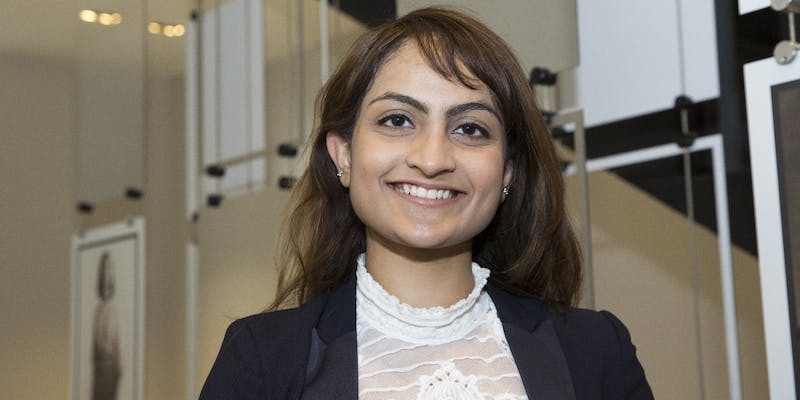 In her research, she is developing deep learning computer algorithms (AI) that understand human natural language. The system that she has developed is capable of predicting what the person wants to type by seeing a as little as one word. This system can not only understand human language but also auto-correct language usage thus serving as the underlying algorithm behind mobile phone touch-screen keyboard or any such text entry system. Such a system can act as an aid by language learners to figure out where they are making mistakes and for people who are limited and cannot type efficiently due to some disability.

During her postdoc here, she also come up with the idea of crowd-sourcing human gestures in virtual reality environments through a VR game. She is a named researcher on the Future of Design Grant worth 700000GBP that was awarded by EPSRC on a grant based on her idea, for furthering research in Human Computer Interaction. She also led and managed a multinational VR game development team. The game is due to be released soon for free access and for collecting rich HCI data.

Shaona has industrial experience working for Hewlett Packard Labs (2011-2012), Samsung Electronics, South Korea (2008-2010), as a research engineer for Samsung mobile phones. She had offers to work for Microsoft Research, and currently hold offers from Nvidia as an autonomous navigation researcher and Apple Inc. as a machine learning researcher for Apple products.

Until recently, she was the co-founder and AI director of a New York based startup. She has won studentships, grants and awards from Bloomberg, Women in Machine Learning, Samsung and University of Southampton. She was nominated for the Telegraph top 50 women in Engineering, 2017. She has also been selected to be awarded the prestigious Hind Rattan Award (Jewel of India award) in January, 2018, by the NRI Welfare Society of India for keeping the flag of India high