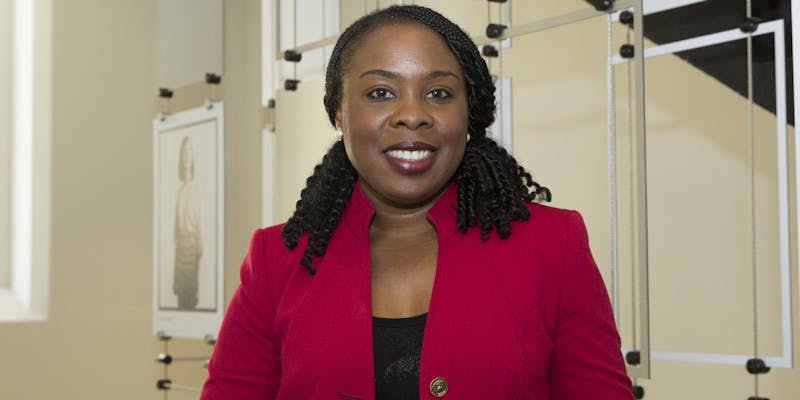 Finalist for the 2017 WISE World Award

Carol N. Ibe is the Founder of JR Biotek Foundation, a charitable organisation established to help train present and future African scientists and to promote joined up thinking on sustainable development. Carol graduated with a bachelor’s degree in Microbiology from Nigeria and a master’s degree in Molecular Biology and Biochemistry from Georgetown University in Washington, DC.

Carol’s research focuses on rice, the staple food of a large part of the world, and how to produce quality rice in places where there are poor soil and climate conditions, especially sub-Saharan Africa.

Alongside her PhD, Carol forges partnerships with world leading experts and institutions to help develop and provide quality and affordable scientific training programmes for students and researchers in Africa. In March 2017, Carol launched a new partnership with the Cambridge University’s Department of Plant Sciences to train Africa-based agricultural research scientists and academics in Cambridge annually. She also created and led the first African Diaspora Biotech Summit and a Bioinnovation for Africa Pitching competition held in Cambridge University in April 2017.

Carol was recently named ‘Star Scientist of the Month’ by Women in Biomedicine Africa (July 2017) and ‘Researcher of the Month’ by the Cambridge Global Food Security Initiative (May 2017) because of her absolute commitment to advance bioscience education, training and research capacity building in Africa. Carol is very passionate about building a strong workforce of scientists and bio-industry leaders who are capable of applying their knowledge, skills and ingenuity to improve lives and systems in Africa.