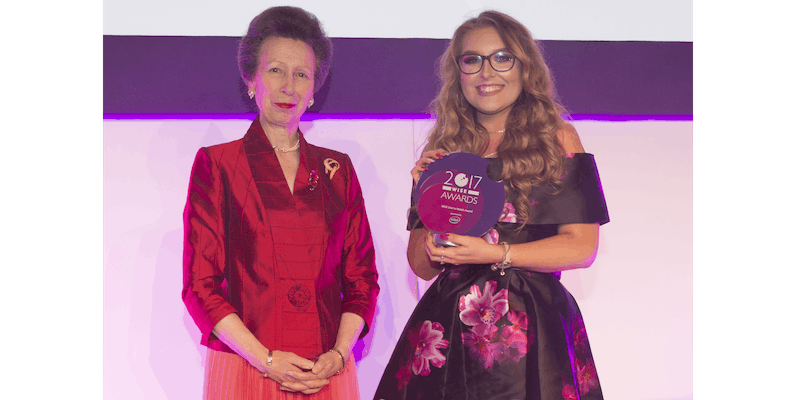 Winner of the 2017 WISE One to Watch Award

Amy Mercer, 21 years old, is a Higher Apprentice based at Pfizer (Sandwich, UK) whilst studying part-time for a BSc in Chemistry from the University of Greenwich. As a Laboratory Scientist, Amy works within Drug Product Design department supporting the Material Sciences group. Over the last three years Amy has spent time on both active pharmaceutical ingredient (API) solid form screening, and also investigating the physical stability of the API in drug product. The impact of manufacturing process and the presence of other ingredients within the drug product can have a profound effect on performance. Over the last 18 months Amy has been responsible for generating, interpreting and presenting data, acquired using a range of spectroscopic techniques, which have directly influenced product design strategies. The interaction of API with other ingredients within solid dosage forms is an area of interest for Amy and is the subject of her final year research project at university.

Amy is an enthusiastic and active advocate of STEM engaging whenever possible with younger generations in order to share and promote her passion for science. As a firm believer in equal opportunities and a supporter of women in science Amy is especially keen to reach out to potential female scientists of the future as early as possible when they are most impressionable. Following a recent event, at which she presented to an audience of respected cross-industry professionals, Amy was approached to feature as a case study in a magazine article – an opportunity which she took to address the gender stereotypes that are often found within science and engineering.

Finally, Amy had her five minutes of fame last year when she appeared on (and won!), the television game show ‘Tipping Point’.

#WISEAwards2017 | Amy's One to Watch Takeover