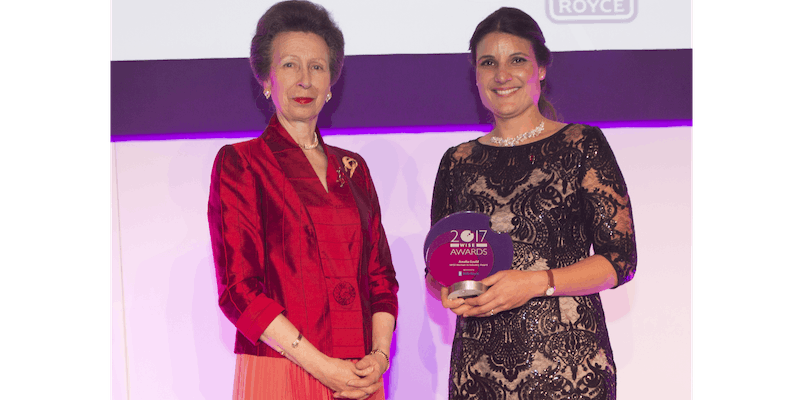 Winner of the 2017 WISE Woman in Industry Award

Amelia Gould’s career began in the Royal Navy as an Engineering Officer. She served onboard HMS Ark Royal, an Aircraft Carrier and the Fleet Flagship, during the war in Iraq in 2003, where she was responsible for ensuring the availability of the Communication and Information Systems onboard. She also worked in defence procurement, leading an In Service Support team and testing and accepting new Command Systems on behalf of the Royal Navy.

After leaving the Royal Navy Amelia spent 5 years as an Information Technology (IT) consultant and Business Analyst, supporting Public and Private sector organisations with defining and delivering their IT requirements.

Amelia joined BAE Systems in 2013 as the Royal Navy Type 23 (T23) Frigate Combat System Design Manager. The T23 frigates are undergoing an extensive mid-life update, and she was responsible for the successful integration of the Combat System upgrades and changes. She then led the definition of new engineering support arrangements under a major Warship Support transformation programme.

In November 2016 Amelia moved to her current role as Head of Engineering for Naval Ships Combat Systems. Here she is leading the Engineering function supporting 600 Combat Systems engineers across multiple programmes including the delivery of new ships to the Royal Navy and the support of in service Combat System equipment.

Amelia is passionate about promoting Engineering as a career and is an active STEM Ambassador and school Governor. In 2016 she received a Women in Defence Award for Promotion of Gender Diversity.

Amelia is a keen sailor, and sails up and down the South Coast of the UK with her husband and 2 children whenever the British weather allows. Amelia also sailed from the UK to Australia with her husband in their catamaran.

Gold Sponsor of the 2017 WISE
Woman in Industry Award