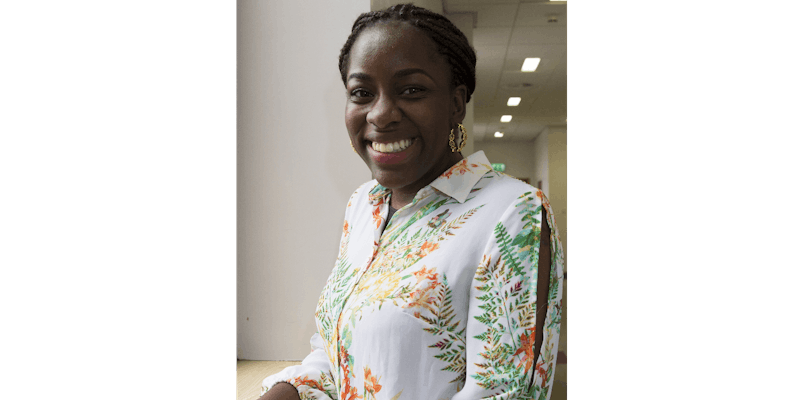 
Adeola Gbakinro is a 3rd year Biomedical Science student at the University of Wolverhampton. Alongside studying full-time, she is also the President of the Biomedical Science Society which has partnered with the Institute of Biomedical Science and organises career related conferences as well as revision workshops for students. In early 2017, Adeola won the Enterprise and Employability Gold Award at her University which is an award that helps students gain the skills and qualities they need, to become more employable after graduation.

Her interested in science started in primary school and grew during her secondary education. After working in the NHS during her gap year before university, Adeola realised that there was a great gap within the science and technology sector between men and women.

Her desire to change these statistics inspired her to start her project in the community called UpliftTNG, with the aim of giving young people aged 11-19 from disadvantaged backgrounds, the opportunity to be in any job sector they wish through conferences and workshops.

Adeola is also a Girlguiding Advocate and Brownie Leader where she volunteers on a weekly basis with girls aged 7 - 10, helping them develop their creativity skills and build new friendships. Her dedication in helping her local community earned her a place as a finalist for the Volunteer of the Year Award 2017 at her University.

With the aim of encouraging more girls to explore careers within STEM, Adeola is training to become a STEM Ambassador within the West Midlands.

In the news - WISE choice for biomedical student award nomination