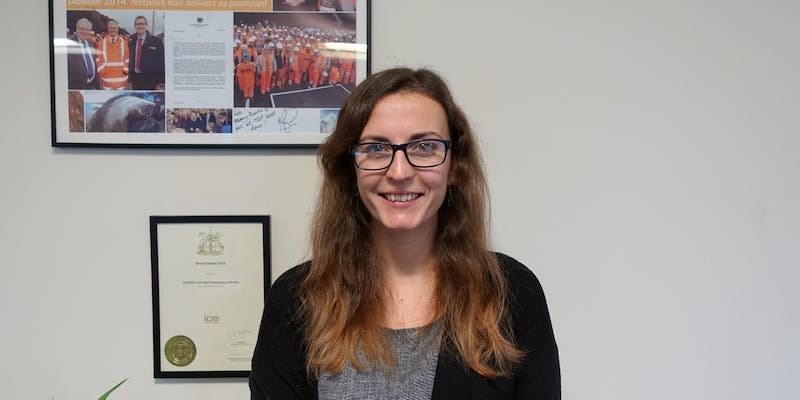 After struggling with career choices during secondary school I found my way into civil engineering through a pre-university year in industry with Mott MacDonald organised by the Engineering Development Trust. This placement opened my eyes to the industry and what working as an engineer means; a dynamic, challenging role where you’re surrounded with creative, enthusiastic and intelligent people. I subsequently read for a Bachelor’s degree in Civil Engineering during which I undertook vacation placements back with Mott MacDonald, following with a Master’s degree in Geoenvironmental Engineering after discovering this specialisation during my placements; for this I won a Panasonic Trust Fellowship from the Royal Academy of Engineering.

I currently work with Tony Gee and Partners as a Senior Engineer in the geotechnical team, having achieved Chartered Civil Engineer status in December 2015. I am committed to the promotion of engineering and other STEM-related careers, working as an ambassador in schools undertaking engineering focussed workshops and attending career events. Recently I led a team of engineers within the Tony Gee Stonehouse office in the development of a week-long project aimed at Year 10 students attending a week of work experience with the company. The week is based on a previous Tony Gee project, with students working their way through a number of real engineering challenges originally faced by the project team. Throughout the week students gain an insight into the world of engineering and have access to a range of civil, structural and geotechnical engineers who’ve entered into the field in various ways. Feedback from students has been incredibly positive, with older students in secondary schools requesting to take on the project during their holidays, having been informed of the project by others.

My belief is that the promotion of STEM subjects as a career path should start as early as possible in our lives. The industry has many female role models who have developed within the industry along very different paths. With my background in mind and a strong positive attitude I hope to work with WISE to bring these role models forwards to inspire the next and future generations into STEM.