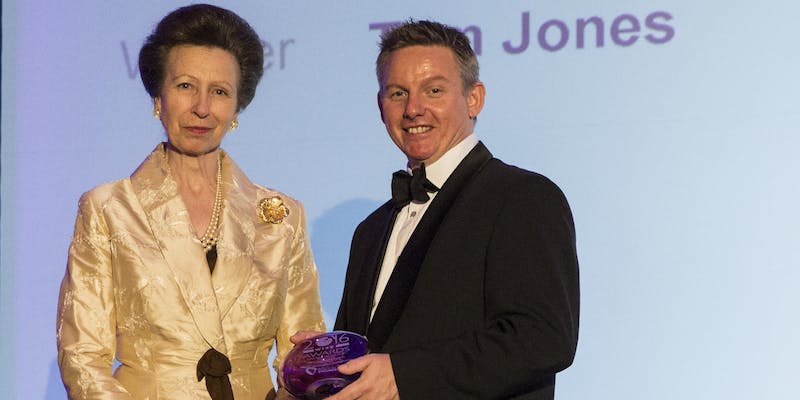 Winner of the WISE Man of the Year Award

Tom is the executive sponsor of Clean Energy’s Diversity Agenda and has put in place a programme of initiatives to change the gender balance and help more women achieve senior positions in their careers. He personally championed the businesses campaign to sign up members to ‘Women in Nuclear’, which led Amec Foster Wheeler to be the most successful supporter of the “sign-up” initiative generating over 1000 members in their first year. An active and prolific champion of women across the business, as VP for Business Development, Tom has ensured that diversity is a strong message in their quest for new business. He uses his extensive executive network to champion the WISE cause at every opportunity. Recently he hosted a ‘Men of Action’ Amec Foster Wheeler & WISE event where over 50 executives discussed the role men as leaders can play in developing a more equitable workforce. He was a trustee of the Cumbria Committee Foundation and took part in a webcast for over 30 schools in Cumbria, talking about opportunities in STEM to over 1000 children aged 11-16. Not only does Tom has a strong belief in the WISE agenda, but actively uses his role to influence both Amec Foster Wheeler and the wider industry to think about and act on these issues.

Tom's People Like Me Types: Explorer, Trainer and Supporter

Judges comments: In a very short timescale this winner has demonstrated significant impact within his own organisation after what he describes as a ‘light-bulb moment’ which drove him to take action. Focusing on top-down and bottom-up engagement to reinforce cultural change his approach is scalable and a great example to others.