The Ten Steps - Two Years On 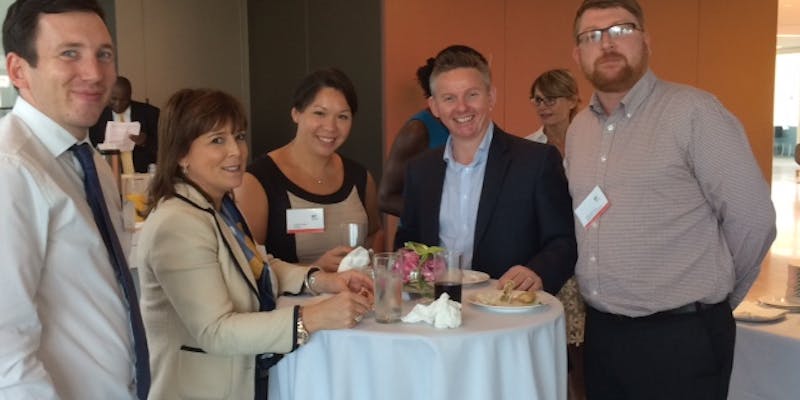 On September 14th we held our Second Ten Steps measuring progress event to mark the 2nd anniversary of the creation of the Ten Steps. An industry led initiative co-created by WISE and the Royal Academy of Engineering.

The event, kindly hosted by Ten Steps signatory EY in their stunning Vista hospitality suite, provided an opportunity for over 30 of the current 52 signatories companies to come together and share their progress as measured using the Ten Steps Diagnostic Tool.

WISE reported on the key themes emerging from the analysis of the latest completed diagnostics which showed that whilst overall as a cohort we were making progress, many companies reported similar scores to last year. These companies however were not complacent, they articulated that their scores now were based on a much deeper understanding of what was really happening in the workplace compared to the wishful thinking of earlier results. Definite progress on Understanding Your Starting Point! Some companies had increased their scores dramatically, in one instance by 50%, which was very encouraging.

Our highest scoring signatory company was Cap Gemini and hosts EY were also in the top 3. Both companies shared their suggestions on what had made a real difference in creating an inclusive culture. Both the presentation given by EY and the report containing all of the tips provided by signatory companies are available in the members area.

Overall, the highest scoring steps were : Treat this like a Business Improvement Project, Changing Mindsets and making Flexible Working a reality for all.

As was the case last year, the lowest scoring steps were: Educate your Leaders and Sponsor Women to the same extent as men – illustrating the absolute need for executive level support and senior management engagement. Creative job design also continues to be a challenge.

WISE will continue to develop the Ten Steps programme, encouraging new signatories to come on board and providing opportunities to come together to share good practice and mutually beneficial learning for organisations. We will also be offering Ten Steps coaching for those companies who feel they would like extra ongoing support to keep the momentum going with their diversity and inclusion programmes.