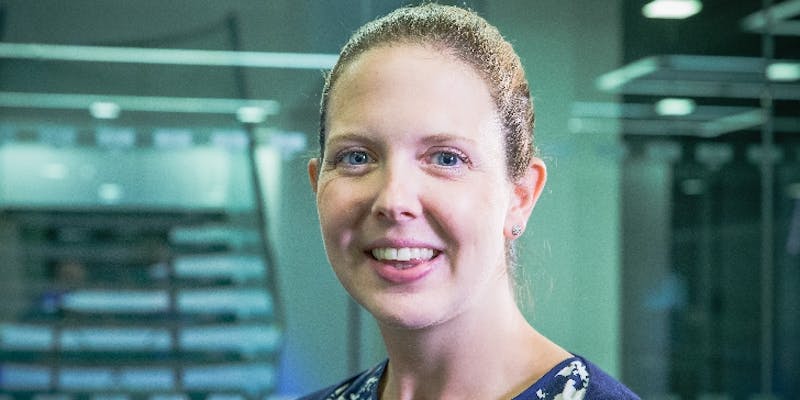 Shortlisted for the WISE Impact Award

Isla is a driven and organised Digital Change expert, with experience in enterprise mobility, employee engagement, project management, agile transformation and digital adoption, across multiple industries. In late 2012, Isla read an article in the Metro about the lack of women in technology and then asked on Accenture’s internal social media what they could do about it. From that the Schools Programme was set up, in partnership with the Stemettes. After some successful pilots in 2013, the programme was given funding to run 10 sessions a year and is now a well-managed and successful seeing over 600 girls come to Accenture to lean to build an app or code a website and inspire them to pursue a career in technology. One of the pilot schools say that three of the girls who attended the programme are now doing STEM subjects and are set on careers in technology. Through the programme, Isla connected with other initiatives going on across the business and set up the Girls in STEM (GiSTEM) community. There is now a large group of people who are all passionate about getting more girls into STEM, with several programmes either directly or indirectly connected to girls in STEM, being run across Accenture UKI. One of the connections was with the Newcastle Delivery Centre who were already running some initiatives in this area, including Code Clubs, which are voluntary after school clubs hosted by Accenture volunteers to teach coding at schools for students aged 9-11. Through the connections made via the wider Girls in STEM community, the team in Newcastle ran a schools’ session similar to the one in London and met the Stemettes. This connection resulted in a 300 girl event in 2015 to show them the possibilities in STEM. This was a huge success and was repeated in 2016, but even bigger with a five location event for 1800 girls. Next year they are going global.

Sponsor of the 2016 WISE Impact Award