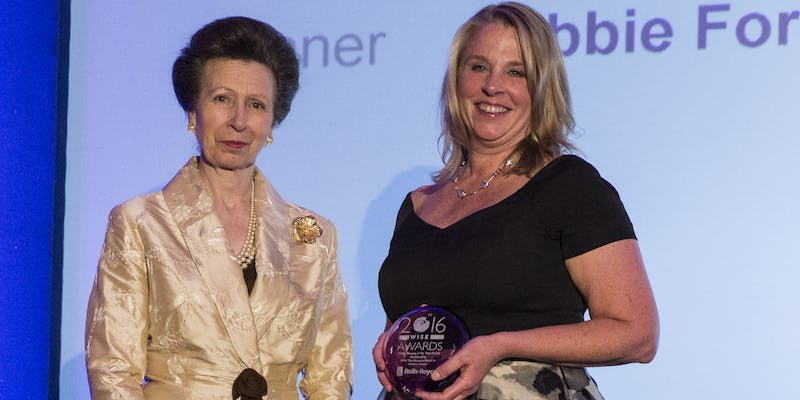 Winner of the WISE Woman of the Year Award

Debbie Forster is the Co-CEO of Apps for Good, an award-winning education technology movement that helps young people develop digital and 21st century skills by learning to turn bright ideas into real technology products. She has inspired hundreds of students, teachers, industry experts and sponsors to engage with Apps for Good. Debbie has led the roll out of the programme across the UK and has played a central role in its rapid growth from 47 students in 2010 to 20,000 students in 2014. It has been named a Google Impact award winner. She has taken this start-up and helped turn it into a thriving organisation. As well as scaling at an impressive rate under Debbie’s leadership, Apps for Good is working hard to tackle diversity in STEM education. The course has achieved and maintained a gender balance of close to 50/50. Over 50% of apps which have won at the organisation’s annual Awards have been developed by all girl or mixed teams. A skilled networker and an adept communicator with groups of all ages and sizes, Debbie is confident and enthusiastic in the use of technology and social media. A highly effective leader, proven capable of developing and realising strategic visions, she has been named ‘one of the 25 Most Influential Women in IT’ by Computer Weekly three years consecutively since 2014.

Debbie's People Like Me types: Communicator, Trainer and Persuader

Judges comments: This year’s winner of Woman of the Year is an exceptional and inspirational woman. Her work and that of her organisation has far reaching influence to not only inspire increased diversity in business but also to help all generations overcome perception barriers. She is an extraordinary role model.

Sponsor of the 2016 WISE Woman of the Year Award