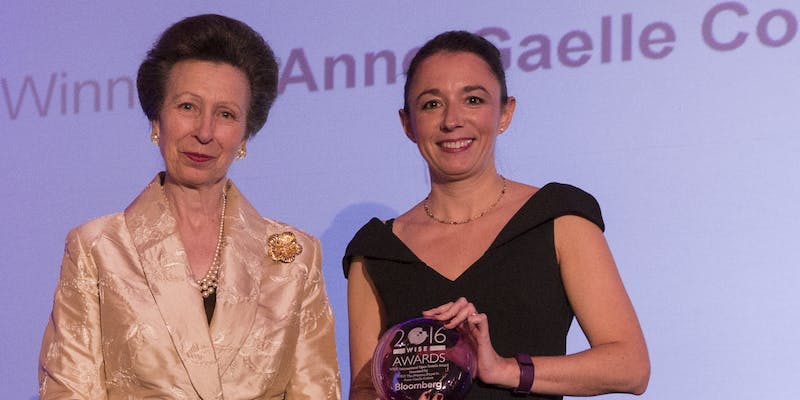 "I am truly honoured to have received this recognition, and it gives me huge encouragemetns to continue to do more for girls to study STEM subjects at school."
Anne-Gaelle Colom, Senior Lecturer, University of Westminster - Winner of the WISE International Open Source Award

Anne-Gaelle is an Open Web enthusiast, advocate for good documentation, passionate about teaching, learning and the use of technology in higher education, as well as front-end and mobile web development. She has been developing for the web since 1995 and wrote her first mobile application in 1996. She naturally combined these two areas of development as soon as mobile devices were capable of browsing the web. She has been contributing to Open Source projects since 2010. She became a member of the jQuery Mobile Team and the Content Lead for the jQuery Foundation in 2015 and has been a member of the jQuery Board of Directors since April 2013, taking a leadership role in the Open Source Software Initiative and now wishes to mentor new OS projects.

Anne-Gaelle has taught programming and web development to over 3000 students so far, at a rate of 300 new students per year at present. She has been sharing her experience with them and been successful in encouraging her female (and non-female) students to embrace a career in technology. She also took a six month sabbatical in January to build a tool that will make it easier for women to learn programming.

Anne-Gaelle's People Like Me types: Explorer, Developer and Trainer

Judges comments: Our winner is a generous pioneer in improving the accessibility of learning to program and making open source development less daunting and more inclusive. She has the capacity to light a fire under the next generation and go on to do more and more.