Women in Aviation, the female inventor of the ‘Lyon Shape’ 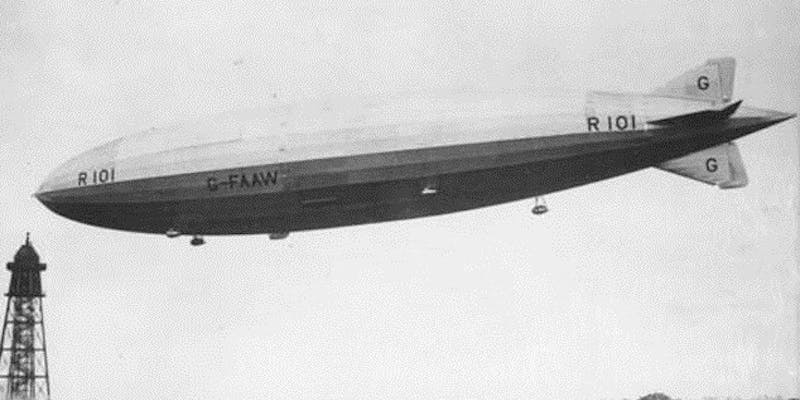 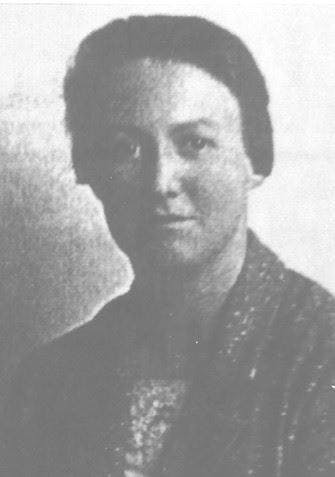 Hilda Lyon was born 1896 in Market Weighton, Yorkshire, a grocer’s daughter. She entered Newham College, Cambridge in 1915, gaining a BA. After a short course at the Air Ministry Hilda pursued her interest in aeroplane stress analysis landing a job as an aircraft technical assistant.

After WW1, the UK government wanted to develop airships to modernise communications with India and to transport troops. They set two teams up against each other to design the airships, a commercial one in Howden, Yorkshire (R100) and one led by the Air Ministry at Cardington, Bedfordshire (R101) where Hilda worked.

The Air Ministry team developed a series of minimum-drag hulls based on elliptical forms, settling on a slender form with no parallel middle body. Hilda was responsible for the aerodynamic development and completed a Master’s thesis in her spare time: ‘The Effect of Turbulence on the Drag of Airship Models’. The initial trials however, were disappointing, the ship appeared to be tail heavy and flight to India was out of the question.

Hilda wanted her brother in Yorkshire to travel to Cardington before the first test flight, and wrote him a postcard: ‘When are you coming over to see the R101? Hope that it is a north wind when I get my first flight so that I can persuade them to fly over Market Weighton though it looks like rubbing it in too much to the Howden people. You will see the R100 fly today’. A little later, she wrote to her cousin, ‘Have just had my first flight (on the R101) today and enjoyed it immensely … it was quite a short joy ride’.

Competition between the two teams was hotting up, the Yorkshire airship R100 arrived at the Bedfordshire hanger, was issued its airworthiness certificate then flew a successful 79 hours to Canada. Meanwhile the R101 had a temporary ‘Permit to Fly’: to travel to other countries it needed a full Certificate of Airworthiness. The Air Ministry were desperate for a flight to India to be undertaken, despite the lack of full endurance and speed trials or a proper investigation of the aerodynamic consequences of an extension had not been fully completed, the Certificate was issued. Hilda received a Mary Ewart Travelling Scholarship, leaving her job at Cardington shortly before the fateful flight to India.

On 4 October 1930 the R101 left Cardington on what was to be its final flight: heading towards Karachi with Lord Thomson of Cardington, Secretary of State for Air, Sir Sefton Brancker, Director of Civil Aviation and 52 others on board: it crashed in Beauvais, France 48 people were killed. There is still speculation as to the cause, Dr Guy Gratton, in his book ‘Flight Testing the Titanic: Re-visiting the Loss of His Majesty’s Airship R101’ suggests the R100 was actually the more successful airship: despite this, the Government pulled the plug on the whole programme and the R100 was broken up.

Hilda went on to work at the Massachusetts Institute of Technology, working in experimental wind tunnels and engineering laboratories; then moving to Gottingen, Germany working under Professor Prandtl. She ended up working for the Royal Academy of Engineering at Farnborough where she became a leading member of the aerodynamic staff, served on the Aeronautical Research Council and was a member of the RAE Education Committee, showing great interest in the training of apprentices. Her calculations, and her ‘Lyon Shape’ were incorporated into the American submarine the Albacore which had a streamlined hull specifically designed for underwater running: sadly this was not built until the 1950s, Hilda passed away in 1949.

WG Perring of the RAE, wrote of Hilda after her death. ‘She won a real place in our affections, and by her painstaking and steady effort she claimed the respect of everyone who was privileged to work with her. She will be missed by all her friends both at the RAE and in industry and her death is a loss that will be felt throughout the whole scientific world’.

Cardington Airfield is now the site of Hybrid Air Vehicles where trials of the ‘Airlander vehicle’ are soon to begin. Able to fly for up to two weeks at a time it is ideal for delivering emergency supplies to otherwise inaccessible parts of the world in cases of disaster.

Kenneth Deacon has compiled a booklet entitled The Lyon Shape about Hilda’s career.