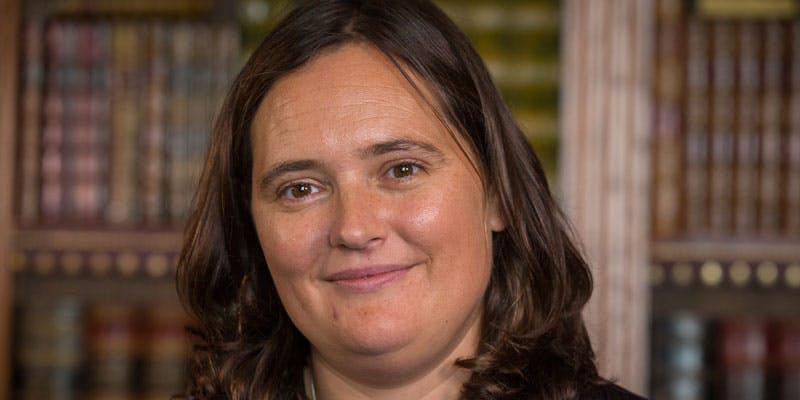 By Jess Wade, PhD student in the Department of Physics and Centre for Plastic Electronics at Imperial College London, chair of their Women in Physics group and Member of the WISE Young Women’s Board

‘Innovation’ is often cited in mission statements and sought after by organisations but what does this buzzword actually mean, why do we seek it, and what part does gender diversity play in driving innovation?

On Wednesday 20th January the Skempton building was home to the first WISE knowledge sharing event of 2016 - and their first ever in a university: How Gender Diversity Drives Innovation. The evening consisted of a panel discussion and networking session. Imperial College makes for the perfect host: ranked by Reuters as the most ‘innovative’ university in Europe and with almost every department holding their only Athena SWAN award for diversity. The panel was chaired by a local legend, Professor Dot Griffiths. Professor Griffiths is the former Dean of the Imperial College Business school, chair of an NHS trust, chair of a school governing body and a keen supporter of equal rights for all (in her role as Provost’s Envoy for Gender Equality). The panel was populated by incredibly important people - homegrown innovators Kerry and Angela, part-time Imperial College post docs and part-time co-founders of FungiAlert, Professor Charlotte Williams, an Imperial College Professor of Catalysis and Chemistry by day and a tech innovator at Econic Technologies by night and those from further afield: Kate Ronayne, Head of Innovation at the Science and Technology Facilities Council (STFC) and Toby Mildon, Head of Diversity and Inclusion for BBC digital.

Professor Williams knows the recipe to a successful start-up. Econic Technologies is a spin-out from Imperial that has raised over £8 million of funds, with female shareholders, CEOs and Prof. Williams as the Chief Scientific Officer. In November 2015 Charlotte won the WISE Tech Start-Up award, sponsored by Goldman Sachs. She credits almost all of this immense success to having women in senior positions launching a positive cycle of employment, where women who ‘know their stuff’ are hired based on merit and make the company a better place to be.

“Isn’t it interesting that once there are a few women in senior positions it creates a virtuous circle – other women want to work there”.

Prof. Williams is sensationally well prepared; her answers are cool and considered and just about everyone in the audience were queuing to talk to her at the end. In her academic post, she sees no difference in innovation or intellect between her male and female colleagues, researchers and students, but has found women often reluctant to take ownership of their ideas. She warns the audience that if they aren’t careful certain male personalities can dominate women leaders; taking money or credit for ideas, but the opposite can also be true. What’s super impressive is how low-key she is about her success; saying there is no problem with being humble, it will not be a detriment to your success and has, in fact, been key to Econic’s good fortune.

STFC employ 86% men, and 0 of their scientific patents is held by a woman. Out of their 10 spin-out companies, there is one with a female CEO. This company’s board meetings have a completely different dynamic as the female CEO takes advice, listens and the business gets better results.

When CEOs populate boardrooms with people who look like them they’re not robust in modern society: diversity of ideas, gender, race and economic backgrounds are crucial for success. The audience heard a few horror stories of single-sex boardrooms, where narrow-minded discussion has had disastrous results; such as an all-male team who developed an airbag for a standard man that proved a risk to the lives of women and children.

Are entrepreneurial personality traits less common in women? Kerry and Angela don’t agree: but they do think that being an entrepreneur has a more profound impact on a woman’s life (routine, family planning and caring responsibilities. Calling a man ‘bossy’ or ‘bullish’ is often not perceived as a negative thing, but if you refer to a woman as ‘forceful’ it’s not an attractive quality. Professor Williams points out that the majority of entrepreneurs are ‘risk-takers’- and this isn’t a single-sex characteristic. The BBC have become fascinated by the power of these adjectives, and, like Imperial, has reevaluated the language used in job adverts and gender of interviewing panels. Irrespective of your sex, whether you are magic with money, staggering with statistics or delighted by databases; you can always delegate other roles, as Prof. Williams did with the financial part of her business.

What can they do? Kate said that STFC is trying to be proactive rather than reactive in scouting for new talent and ideas, to seek out women who may be less likely than men to put themselves forward. She strongly advocated inviting men in to the conversation and communicating clearly why the organisation is taking a proactive approach - everyone can see through the lip-service approach adopted by some top firms. FungiAlert have triumphed in a range of Imperial led start-up competitions and are keen for all, men and women, to be given the same opportunities. To empower all of her students and staff, Professor Williams recognises failure to find a right answer rather than failure of an individual. The collective opinion of the panel is that there should be widespread dissemination of available opportunities, events and resources. For example, graduate students in Louisiana have recently busted the myth of baby brain, showing that women actually become primed for empathy and become more strategic during and post-pregnancy, not sluggish and useless as often stated. Professor Griffiths alerts us to the advice paper distributed by the League of European Research Universities titled ‘Gendered Research and Innovation’.

The panel and the audience endorsed the need for training and education to reduce bias amongst decision makers - angel investors/venture capitalists as well as recruiters.

“If it doesn’t get measured, it doesn’t get done” The BBC ‘tackled the bull by the horns’ (linguistics eat-your-heart-out): faced with only 26% women in technology roles, they realised something was wrong. After the board was alerted to the shocking statistics, they ‘had a conversation’ and last year recruited 50:50 male and female graduates onto their technology training programme. This is true too for evaluating the impact of a gender diverse workforce: show stats on how much more efficient and productive they are and perhaps there won’t be a need for such events in the future.

"The event was insightful, enjoyable and thought provoking with an excellent chair and panel and a high level of audience engagement. I am looking forward to the next event!"S.Barrow, BuroHappold Engineering

"Listening to the panel has been inspiring as it made me realise that diversity is not a women’s issue but a real necessity for growing businesses and a developing society. Also, sharing experience and thoughts with the other attendees has been stimulating. I am now looking forward to the next event I will be attending, ‘Women and Careers with STEM’. I hope that WISE will carry on helping Infinis on the valuable initiative of increasing diversity in the business." Simona Scanu, Infinis

If you would like to host and/or speak at a future Knowledge Sharing Event contact Barbara Dischinger, Membership Manager on 07912 582 027 or email her at b.dischinger@wisecampaign.org.uk.