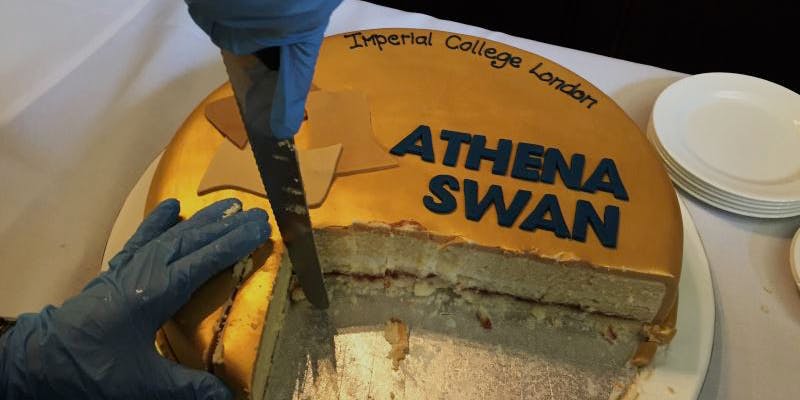 Imperial College London is home to almost 30 departments, teaching 15,000 students a year subjects like ‘Earth Science and Engineering’ and ‘Aeronautics’. Specialising in Science, Technology, Engineering, Maths and Medicine (STEMM); historically it hasn’t faired well in gender parity. The good news is that times are changing, and the really good news is that it’s happening very quickly. Imperial recently celebrated the successes of their female academics- 2015 saw 27 women being promoted (an unprecedented 96 % success rate). The latest IC supercomputer is named Helen, in recognition of the first female Professor, the botanist Helen Kemp Porter. The newest hall of residence ‘Woodward’ commemorates the second woman ever to receive a chair at Imperial, Professor Joan Woodward. Earlier this term He for She, the UN campaign for gender equality, parked their bus on the Imperial campus. Annually young women are awarded financial rewards for entrepreneurial success in the Althea-Imperial prize. The 2015 Julia Higgins medal was awarded to Liz Elvidge, Head of the Postdoc Development Centre. Winning the medal represents a significant achievement with an impressive backstory - it is named after Professor Julia Higgins, FRS, FREng, a Senior Research Investigator in Chemical Engineering and previously Dean of the City and Guilds College and Principal of the Faculty of Engineering. Dr. Elvidge is hugely respected by postdocs, has organised a women’s development programme (‘Springboard’) and been instrumental in many Athena SWAN awards across the college. Today members of the college unite for an Athena SWAN Awards celebration.

Since 2005 Athena SWAN Awards have recognised an institutional commitment to advancing the careers of female and trans staff and students in STEMM, and as of this year extends to humanities, social sciences, business and law. Not only is Imperial one of the few universities to achieve Silver institutionally, all bar four departments hold their own awards. In 2015 three departments won or renewed Athena SWAN Awards (Bioengineering, Physics and Life Sciences) and three more have recently been submitted (Surgery and Cancer, Mechanical, Centre for Environmental Policy). The Athena SWAN application is a highly involved process and requires extreme commitment from those collecting and detailing the facts and figures on gender diversity, alongside actively challenging departmental culture. The drive, enthusiasm and passion are largely due to the exceptionally led two-tired Athena and Academic Gender Strategy Committees, advocated by Professor Dot Griffiths. Dot Griffiths is just about everyone’s favourite feminist: she’s chair of an NHS trust, the former Dean of the Business School, an OBE winner, a fellow of the Royal Society of the Arts, fellow of the City and Guild’s London institute and the provost’s envoy for gender equality.

Professor Griffiths doesn’t spend her days counting the letters after her name, but instead recognises the hard work of all the people who are working behind the scenes. Today Julia Higgins certificates were awarded to five game-changing women. Dr. Karen Makuch, from the Centre for Environmental Policy, created the Faculty of Natural Sciences Academic Women’s Email Network and a career event that won EPSRC funding. Dr. Lesley Rushton has made the School of Public Health an environment where all staff feel valued and respected, male or female,. The former education manager at the National Heart and Lung Institute and now Departmental Operations Manager for Earth Science and Engineering, Dr. Emma Watson, has established ‘bring your children to work day’ and ‘postdoctoral research days’ in the NHLI calendar. She’s also largely responsible for the NHLI’s silver Athena award. Dr. Victoria Salem is praised for transforming the culture within the Faculty of Medicine, encouraging personal development, promotion and career progression. Ms. Su Nandy is a senor HR manager in the Faculty of Engineering, who has set up college-wide schemes for parents. She’s created a nursing room on the South Kensington Campus, arranged ‘babies and bumps’ coffee sessions and a maternity mentoring scheme.

This lunchtime 58 Prince’s Gate, easily one of the swankiest spaces in SW7, was alive with hope and high spirits. The Imperial College of the future will be one with equal representation of female senior academics, leading the world in diversity, innovation and productivity.

Many thanks to Ailish Kerrigan and Hailey Smith for their hard work in arranging such a fab lunch - what a cake!