Sarah Drysdale: I would definitely recommend this experience to girls. 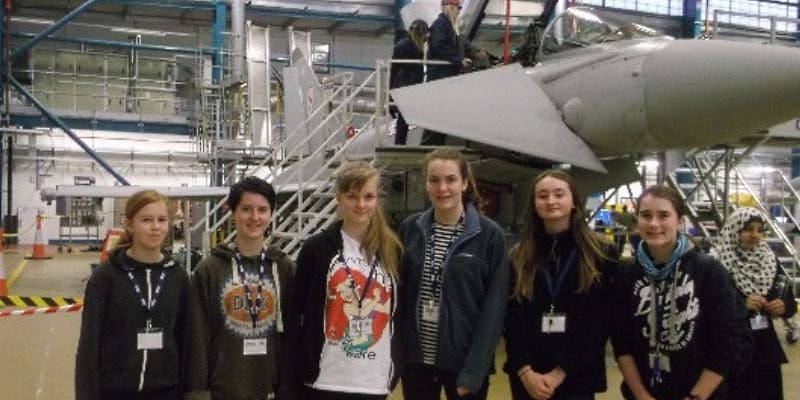 In September, I was given an application form for an RAF engineering work placement which I completed and applied for and was accepted. 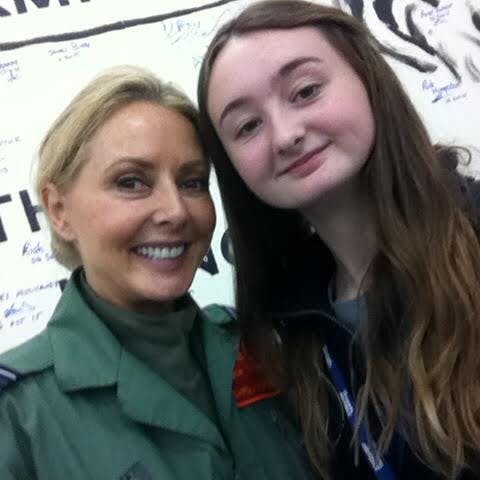 I was very excited because it ties in with being an air cadet and my interests in engineering, design and the military.

It took place over half term and was based at RAF Cranwell in Lincolnshire, and lasted for nearly the whole week. Every day was packed full of visits and activities which included presentations from BAE systems and Airlander Hybrid Air Vehicles, who showed us their new Airlander 10 airship which will probably be very famous next year.

We also visited RAF Digby and RAF Coningsby, which is the Typhoon jet maintenance squadron. This was an amazing opportunity because I was able to go up to the jet’s cockpit and work alongside the RAF mechanics and engineers, who educated us about how the design of the aircraft helps to give it it’s top speed of 2,495 km/h.

I was also lucky enough to meet Group Captain Carol Vorderman, who is the Ambassador for the RAF air cadets and I even got a selfie with her! At the end of the week, we took part in an aircraft design project so we could use all the information that we’d learnt whilst using our creative initiative to produce a model aircraft which was able to fly.

As a result of the course I earned a Silver Industrial cadet award, a Smallpeice RAF STEM placement certificate and a silver science Crest award. This experience has taught me life skills and expanded my love for the RAF and engineering.

I would definitely recommend this experience to girls who are thinking about joining the military and who are interested in engineering, and even to those who would like to add qualifications to their CV if they want to go to university. I thoroughly enjoyed working with other young people from around the country and one of the main highlights for me was having the chance to meet RAF personnel whilst they were at work on incredible aircraft.