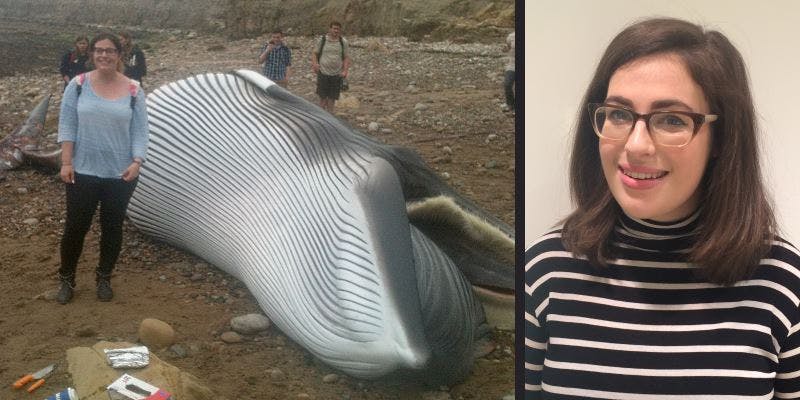 Being a role model at the Create Your Future event was a really rewarding experience and I’ll definitely be volunteering again!

On the 25th November, I was lucky enough to attend the ‘Create Your Future’ event at Leeds City College Printworks Campus as a Role Model.

I’m currently a final year Zoology student at the University of Leeds, with a particular focus on conservation and public engagement; I’ve spent a lot of my free time taking part in a whole host of different activities relating to my degree from working in the rainforest to spending a few weeks in a hospital research lab. In school, I often found myself the only girl in my science classes that were mostly taught by male teachers, I still really enjoyed the subjects but I always felt it would have been great to have a female teacher or mentor to relate to. With this in mind, and as a newly-joined member of WISE, when I received an email asking for volunteers to be Role Models at the event, I leapt at the chance.

The event was well attended by girls between the ages of 13-18 years old from many different schools around Leeds. As one of ten role models, I was supporting a group of up to nine girls throughout the afternoon’s activities and encouraging them to get the most out of the event and the resources as possible. After an ice-breaker highlighting the importance of finding your own preferred way of working, we moved on to using WISE’s ‘People Like Me’ resource. The resource, launched earlier this year, was based on research that showed girls are more likely to describe themselves using adjectives, whereas boys prefer verbs. The ‘People Like Me’ quiz challenged the girls to identify the strongest parts of their personalities, and then allowed them to see how and where these attributes fit into different roles in the STEM sector. The reaction to the resource was really positive, working through the quiz with the girls, they really engaged with the activity and it was clear they were really enjoying seeing how their unique traits might be useful in different areas of STEM and the range of personalities that are needed across the sector. One of the most resounding pieces of feedback from the girls was that many personality traits that they thought weren’t useful for STEM jobs, such as being creative or imaginative, turned out to be much more important and valuable than they realised. It was great to see them start to explore the many and varied different areas of work within the STEM sector. It was also an eye-opening experience for me, as I’m only recently starting to take steps in my career, so the resource help clarify where my personality could take me as well!

Following on from the success of the ‘People Like Me’ quiz, the girls then got a chance to meet all the different role models. It was a great chance to share my experiences about my background and the route I took into STEM through higher education, but also to help demonstrate, along with all the other role models, the numerous different paths into STEM and the wealth of different people who are required for a successful STEM workplace.

At the end of the day, the girls were asked, with the help of the role models, to feedback about what they had learnt that day. Many of the girls said they realised that girls were just as competent as boys at STEM jobs and that they shouldn’t let negative perceptions hold them back. Mostly, the girls seemed to be inspired by realising that no matter what their type of personality, there was a place for them within the STEM sector. Being a role model at the Create Your Future event was a really rewarding experience and I’ll definitely be volunteering again!

My results from the quiz: Explorer, Supporter and Policy Maker.