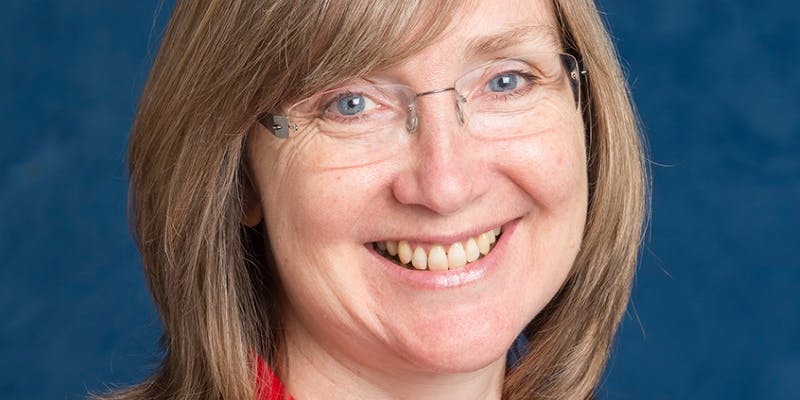 I come from a family of scientists, so perhaps Engineering was in my blood, but I can also credit a couple of Physics teachers for my eventual degree choice.

I come from a family of scientists, so perhaps Engineering was in my blood, but I can also credit a couple of Physics teachers for my eventual degree choice. One was spectacularly awful, but he allowed us to use whatever equipment we wanted during the chaos that was his idea of a lesson and the other a great teacher who gave extra hours of coaching for University entrance exams. During the 6th form I attended a week long engineering taster course at Cardiff University and loved the visits to companies seeing real, large scale Engineering. We went to Rolls Royce aero engines and saw the huge turbines, with the precise manufacturing and high performance materials required to fly both jump jets and jumbo jets. I also remember a trip to Massey Ferguson, the tractor manufacturers. I was not brave enough to take the leap of studying engineering at University, perhaps because of the lack of good role models in those factories at that time; it is different now if you look, with plenty of examples on the WISE website and elsewhere! Even though I studied Physics at University, it was always the applied aspects that caught my attention: things to be used in the real world, by people. I chose Optics and Solid State Physics as my final year options, both at the intersection of physics and electronic engineering – now called photonics!

After a doctorate degree sponsored by Industry, including a few months working for the sponsoring company, I went to work for Thorn EMI in their central research labs. There I started work on Liquid Crystals and their applications. Liquid crystals are unusual fluids with some crystal like properties that change in response to electric fields and have fascinating optical properties, only some of which are used for displays. Sometimes dubbed as ‘a delicate phase of matter’, understanding, developing and using them requires collaboration between chemists, materials scientists, physicists, electronic engineers, vision scientists, designers and mechanical engineers. It is really these collaborations that I have found the most satisfying part of my career. It is essential to learn to speak each other’s language; one technical term makes perfect sense to one group, but can mean something else in another field. Taking time to check we understand each other takes time and patience as well as trips around Europe and the world to collaborative meetings and conferences.

I worked in industry and a government research lab for a few years and then moved to London to be with my soon to be husband and also to take up a Royal Society University Research Fellowship at University College London, where I stayed after becoming a lecturer. I have continued to look for new ways to use liquid crystals in displays, communication systems, microwave devices and 3D displays. I have always worked with industry and with partners in Universities around the world. I also teach undergraduates, MSc and supervise PhD students and enjoy finding new ways of explaining some of the most amazing science and engineering. That process of explaining as well as with the research collaborations leads to new ideas and inventions, which is incredible and unpredictable, but wonderful.

Coming full circle now, following an interest from my teenage years of sewing and knitting (often not recognised widely enough for its practical skills in design and technology), I am now fostering links between Masters students at the London College of Fashion and our students in Electronic and Electrical Engineering at UCL. They are working on wearable technology so that it is truly wearable as well as having the most suitable technology. This requires technological skill and design skills as well as learning to talk to each other!

Most of all I have loved being an Engineer and training Engineers, not just because of being able to change lives by developing and designing things people need and want, but also working with people from many different backgrounds, nations and (scientific) languages. Engineering needs that diversity to be truly innovative.