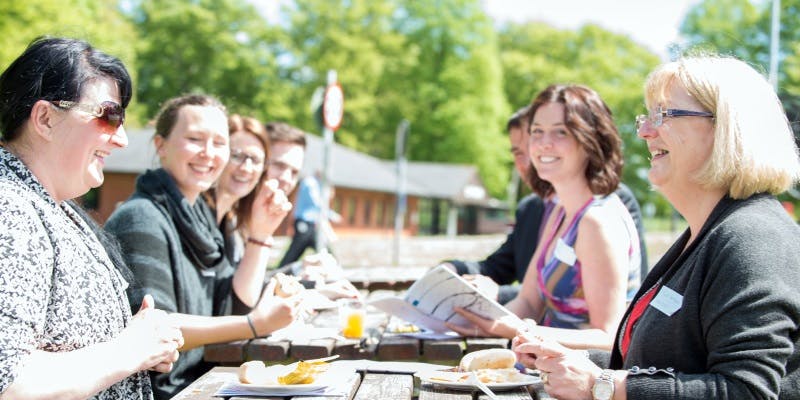 DSTL kindly hosted the next in this year’s series of WISE knowledge sharing events at their Porton Down site near Salisbury.

Over 30 people met on a beautiful sunny day to discuss and share ideas about successful mentoring programmes. DSTL opened the presentations with a fascinating introduction to their mentoring circles. This is where small groups of 4 to 6 women get together with 1 more senior female + 1 more senior male on a regular basis to pick others brains, listen to others issues and to encourage each other. There is an administrator who puts the groups together but after that the circles organise themselves. The aim was to get round the issue of there not being enough mentors for everyone that wanted access to one, and they have been found to have the knock on benefit of a cascade effect. That is those that have benefited from being mentored are then more involved in offering mentoring to others. We heard the experiences from all representatives in a DSTL mentoring circle.

Nona McDuff then talked about the experiences of setting up mentoring relationships for the female academic staff and students at Kingston University. They are tracking the return on investment through the % of women achieving promotion. They manage 25 mentor/ mentee partnerships each year which operate for an 8 month period with the option to extend if it is working well for both parties. They celebrate the successes through a very enjoyable end of year mentoring event.

Suzy Firkin from WISE then finished the formal presentations with a summary of her dissertation entitled ‘Is the Best Man for the Job a Woman?’ which examined the influence of mentor gender for women in STEM. The conclusion is that the most effective mentoring arrangements may well be where a person is mentored by somebody from a similar technical bakground rather than simply of the same gender. Hence she concluded with the memorable statement that when considering successful mentoring arrangements for engineers ‘The Best Person for the Job is often an Engineer’.

“As an academic attending the event, and well aware of the ‘leaky pipeline’, I found it particularly valuable to hear from DSTL regarding their approach to mentoring women to support their career development to the more senior levels. The use of mentoring circles seemed a great way to reach more individuals. I also was interested to hear how the inclusion of a male mentor within the circles had been a valuable addition, bringing a different perspective to the group as well as external credibility of the mentoring circle initiative to male colleagues. I thoroughly enjoyed the event, the staff at DSTL and from WISE were very welcoming.”
Dr Anastasia Callaghan, Reader in Biochemistry & Molecular Biophysics, University of Portsmouth 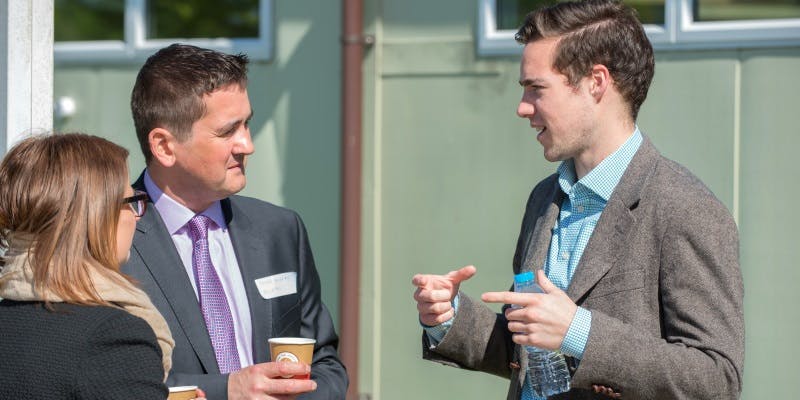