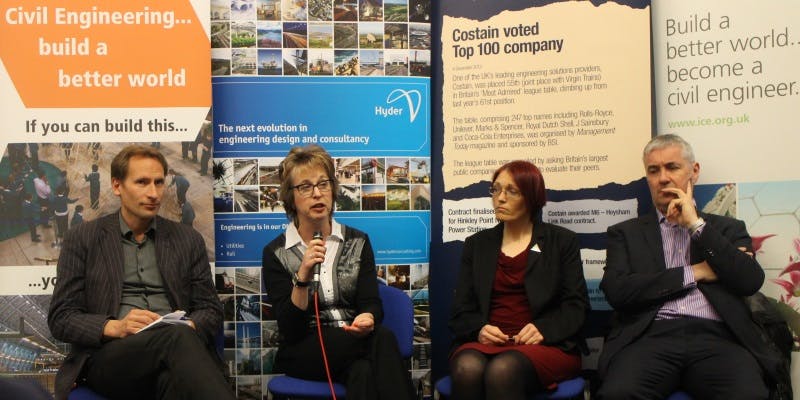 We were delighted to support WISE member ICE (Institution of Civil Engineers) in two of their regional debates.

'Is more than positive action required to get more women into engineering?'

ICE Yorkshire and Humber's debate on the 7 May 2015 drew a large audience to see a Network Rail's Claire Grint and NCE's Mark Hansford speak for the motion and Hyder's Jamie Scott and Suzy Firkin from WISE against the motion. The outcome was a large swing towards accepting that positive action was all that was required BUT required all companies and individuals to be playing their part more emphatically. The audience rejected the need for quotas and further legislation.

Watch the video 'Diversity: Does it matter' 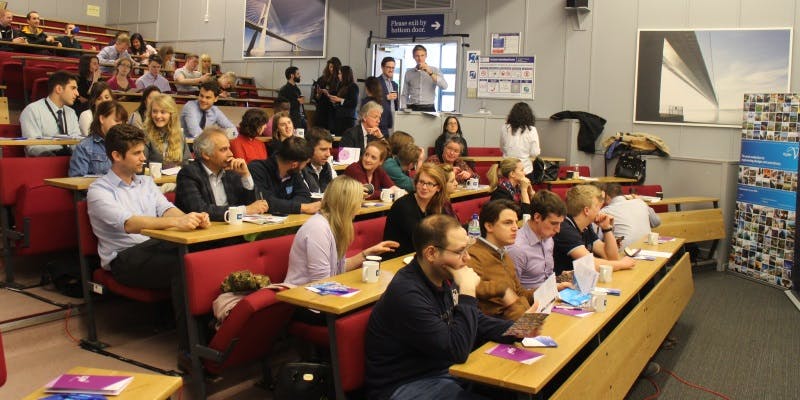