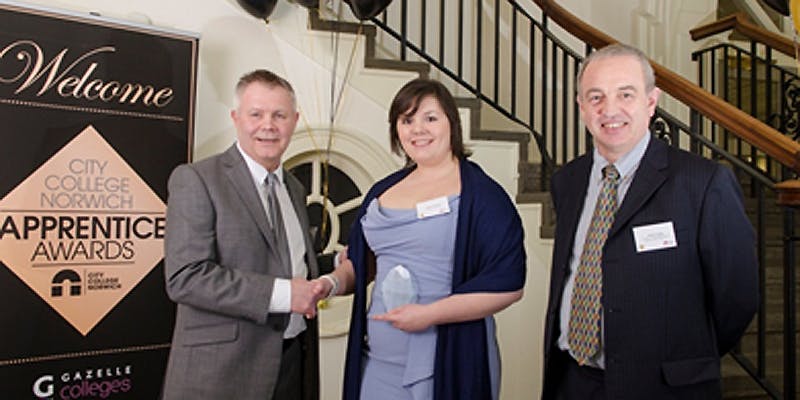 Kelly started at EAGIT (East Anglian Group for Industrial Training) in 2012 and completed her Performing Engineering Operations Practical training by April 2013. In addition she achieved her Operation and Maintenance Technical Certificate in July 2013 with an overall Double Distinction grade.

Kelly then progressed on to a Higher National Diploma (Mechatronics) in September 2013 and is due to complete by July 2015. Currently she has again obtained a number of Distinction and Merit grades for her outstanding work.

Kelly said: “I chose to go down the Apprenticeship route rather than the university route because you’re getting paid to learn as you go and I find it more exciting because you get stuck into the job straight away. The work experience is already there, so you don’t need to earn the work experience that most employers look for because you’ve already got the skills.”

Trevor Smith, Operations Director, British Sugar said: “I am delighted that Kelly has been recognised for her hard work and dedication towards her apprenticeship. Her efforts throughout have been excellent and she is a credit to British Sugar.”