Anna Shaw: Inspiring the next generation of female scientists 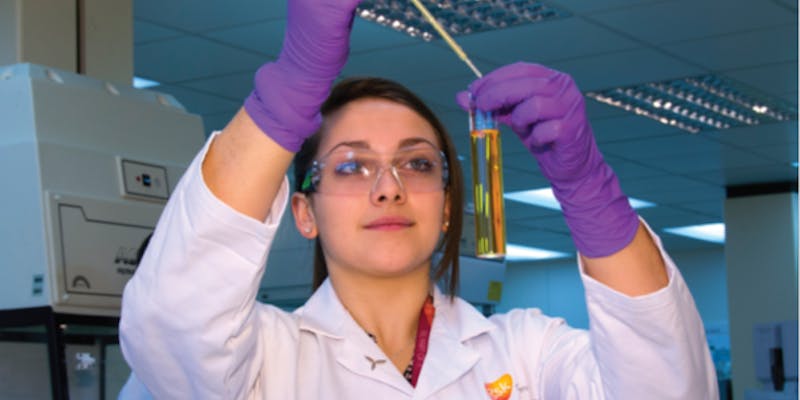 Anna Shaw: Inspiring the next generation of female scientists

Being the only female science apprentice at GSK Ulverston, in a primarily male dominated industry is fantastic as I love my work and I can say that I’m a bit of a pioneer when it comes to girls in science. However, it also unfortunately highlights the obvious gap in diversity in the science and engineering industry. At the assessment and selection day for my apprenticeship, I was the only female in the group which didn’t deter me at the time, however when I thought about it some more, it did seem a bit unusual. Having been in my job a couple of years now, it has become evident to me that this is a wider issue within the science and engineering industry.

I sat my GCSE’s in 2009 and got 11 A*-C grades which I was pleased with, but I had no idea what my next step was – probably like the majority of students. I wasn’t 100% sure if I wanted to continue onto Sixth Form or do something different, but because everyone else did it admittedly I became a little bit of a sheep and continued onto A Level study. A few months down the line I found I wasn’t enjoying my first year in Sixth Form and realised this wasn’t for me, so I made the decision to go in a different direction. I left school and went into a full time customer service role. I’d always had a part-time job whilst at school, so going into the world of work wasn’t too big a shock for me. However, I still had that thirst to learn and so 6 months into my job I took up some Open University courses in various science subjects alongside work. I really enjoyed this distance-learning and liked being responsible for organising my own time to sit down and study. As well as this I completed two NVQ’s in customer service to complement my working role at the time. I liked that I was able to learn professionally as well as earning a wage for myself.

I’ve always been motivated to work, so I studied well and passed all the courses but I just wasn’t thriving in my job - it wasn’t enough for me. I found my apprenticeship quite by chance when I was browsing the internet. I hadn’t really heard of GSK before or what they did, I had however noticed their logo on the Lucozade bottles in the shop I worked in! Having done a little bit of research into the company, I got a feel for the work they do and how they help people and I just thought to myself ‘this is it’. GSK had a number of different apprenticeship schemes when I applied; mainly engineering and science. I had a big interest in science already, but I also thought about becoming an engineer – but I suppose that’s when the stereotype of a typical engineer kicked in for me and in the end I chose to go for the Laboratory Analyst apprenticeship. I chose an apprenticeship in itself because I’ve always loved being able to work and learn at the same time. I’ve always enjoyed this method of learning as I’m a very hands-on type of person and prefer to physically learn the skills whilst getting the technical knowledge as well, which is why the apprenticeship scheme was perfect for me.

I’m now proud to say that I work in the Main Chemical Laboratory at the GSK Ulverston site, testing raw materials, intermediates and manufactured API (Active Pharmaceutical Ingredient) for their colour, purity, impurities, identity, sodium content, arsenic content, dissolution percentage - just to name a few - using state of the art equipment and wet chemistry techniques. I am also studying a distance-learning degree at Manchester Metropolitan University where I learn my technical knowledge that I can then apply to my work role. I am one of only two girls in my year on my course – not a brilliant number but one that again reflects the deficit of females in the industry. This was one of the initial moments that got me thinking about why we have this gap and what I can do myself to help bring more females into the industry. 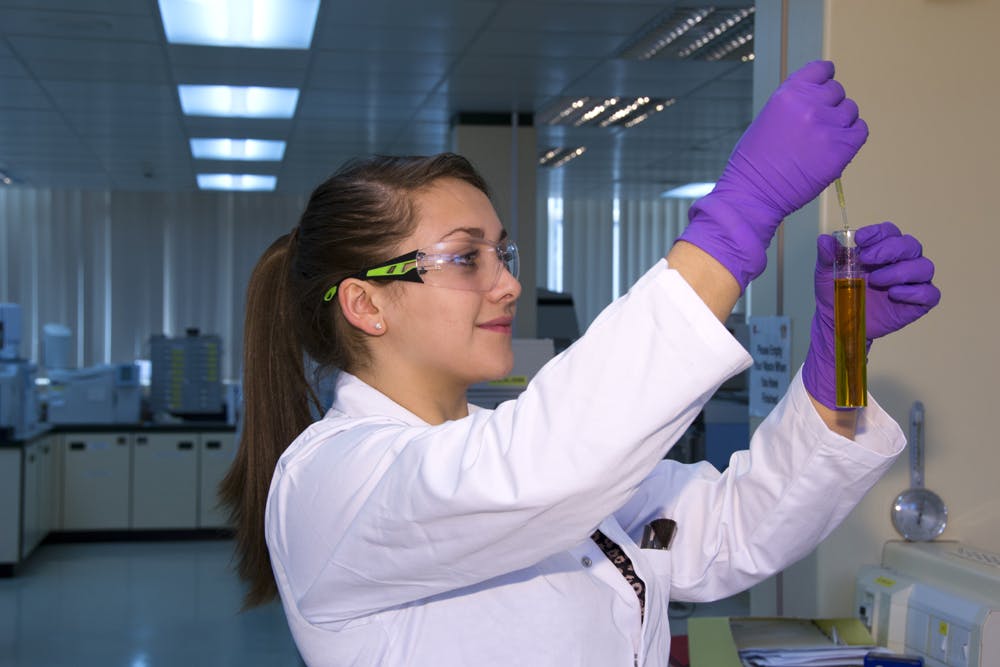 I became a STEM Ambassador because I love my work and I wanted to pass on that passion to other people in the hope I could inspire them to consider a career like mine in the science industry. Delivering career talks and science fairs has to be one of the best things about my role as a scientist and I’ve come to realise that the thing I loved the most about doing this work, was seeing that spark in a student’s eye when they heard about all the things I get up to as a scientist and realised they could do it as well. In particular, I loved being able to dismiss the male scientist stereotype and tell girls that you don’t have to be male to be in this industry or in my job, all you need is passion and confidence, and the ambition to achieve what you want to achieve. I really believe that we need to really engage and give the younger generation an opportunity to explore STEM subjects and STEM careers using real-life role models as sources of information, not just by browsing the internet. I believe children need to be inspired and need to see real enthusiasm firsthand in the possible careers they want to go into and I think that comes best from interacting with them. I think in particular, girls need to see other female role-models in the industry to believe that it’s not specifically a male job and to encourage them to pursue careers like mine. This is still the reason I continue my work with STEM today. We’ve had a significant rise in the number of female applicants to the Ulverston apprenticeships, which is fantastic and I like to think I have played a part in that. Although we haven’t had any more female apprentices in the laboratories at Ulverston yet, we have had a huge increase in the number of girls who have become apprentices at other sites in the UK which I think is really good. Along with two colleagues of mine, I was invited to speak and present at a conference aimed at encouraging women to choose a science or engineering career. I thoroughly enjoyed attending as it was great to get an insight into how much effort people are putting in to fight for women to be given the chance to pursue a career in these industries. This has definitely spurred me on to getting more women into science.

Amongst the numerous career seminars, science activity days and apprenticeship talks, which have been such a fantastic complement to my working role, I think one of the best things I have done so far was during the summer of 2014 when I volunteered to become an Industrial Cadet Mentor to a group of students from a local secondary school when they embarked upon a 14 week project set by the EDT (Engineering Development Trust) as part of the Crest Awards. This involved me taking some time out of work each week to travel to their school and offer my help and expertise. The group was made up of four girls and four boys; getting the girls involved was great. The challenge was to devise a project around the title ‘Your healthy school’ which the group, self titled ‘Next Step’ could interpret any which way they liked. The first session we had, the group brainstormed ideas such as healthy eating, but decided they’d like to delve a bit deeper into the idea of a ‘healthy school’ and decided that mental well-being would be their subject. I thought this was fantastic as they’d taken a lot of time to think about what constitutes a healthy school and decided this was just healthy food and exercise but that our mental well-being played a part too. We worked together for 14 weeks in total, putting together a lengthy project report and display stand to tell the story of how they planned and completed their project. On the assessment day which was held at GSK Ulverston, each team presented their project to a group of managers and all of my team’s hard work paid off as they were announced as the winner of the pupil’s choice award for the best project! 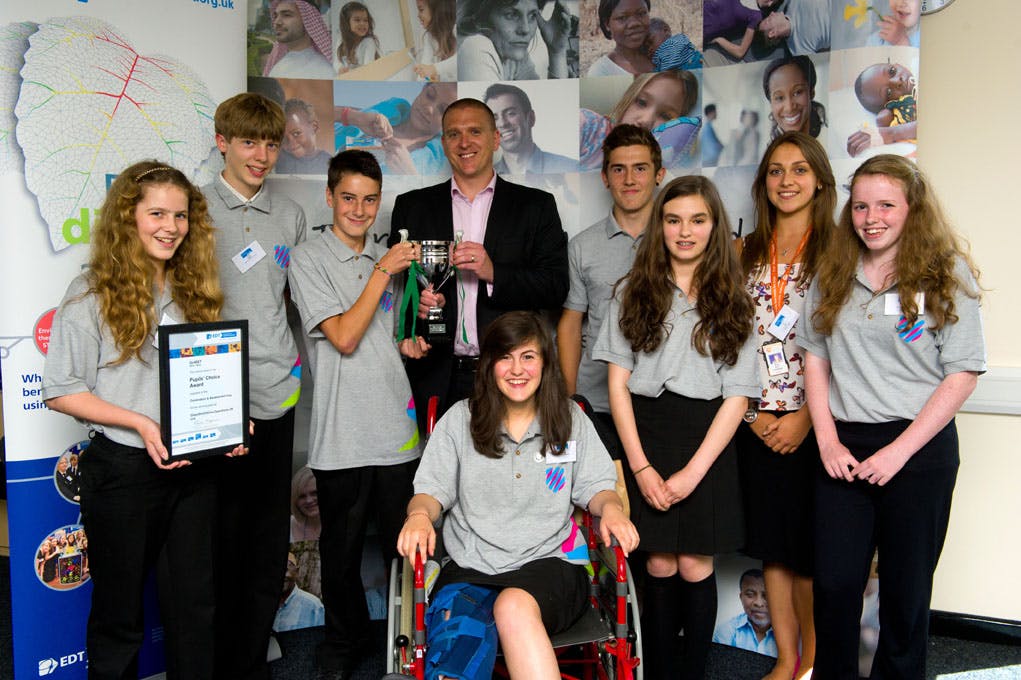 I would urge anyone interested in STEM careers or anyone who just has that little bit of curiosity, to go along to any careers convention or science fair and speak to the people in the industry. Ask questions. Ask them why they chose their job. Ask them what they love about their job. They will tell you firsthand what you can expect and why they enjoy it so much. I would also encourage anyone who wants to go into the industry to seek out work experience in their chosen subject. Lots of companies take on work experience and it would be incredibly beneficial to someone who wanted to get to know what the job actually involves. I believe there is nothing better than hands on, physical learning in a job – that is one of the main reasons I chose to become an apprentice!

I recently received a recognition award from David Lynch who is our Engineering Vice President for the engagement work I have been doing with the local schools in order to encourage students to consider careers in the science and engineering industries. He said ‘’I want you to know that you are leading the way in creating the sustainable diversity we need in Engineering. Your achievement is in line with the best in class in the UK.’’

I was also recognised for my efforts in STEM by GSK’s Apprentice Lead who selected me to go to No10 Downing Street to present to the PM and the Skills Minister on how I promote STEM careers to children using interactive science experiments. This was a fantastic opportunity to show them how we deliver what we do at work in a way that will excite and inspire the younger generation. Using these interactive experiments, we can engage the children and help them learn about all the exciting things we get up to as scientists and hopefully, that will light a spark for them. 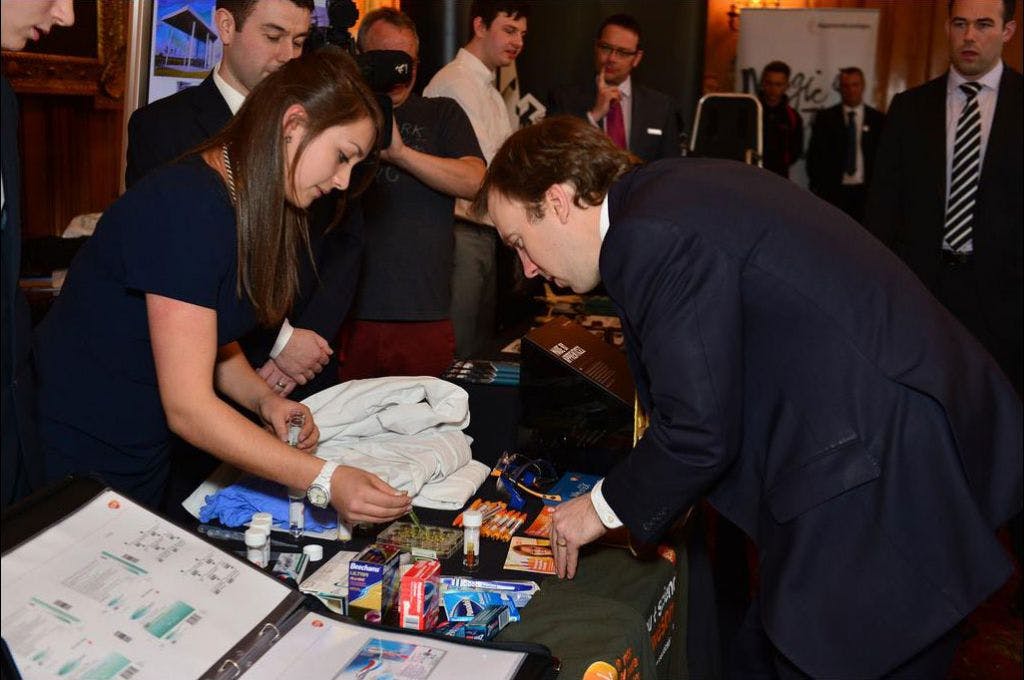 I recently won the ‘2014 WISE Apprentice of the Year’ award which recognises the work I have been doing to inspire and encourage young females to pursue a career in the Science and Engineering industry. This was an amazing experience and one that has definitely spurred me on to continue my work with STEM and to continue inspiring the next generation of female scientists. I’m by no means a special case; I’m just a normal girl from the Lake District who has a passion for science and wants to pass on the enthusiasm for my subject to other girls who are interested in the area. I really believe that if you have such a passion for something, why keep it to yourself? Pass it on and let someone else realise their passion and capability for something as fantastic as science! 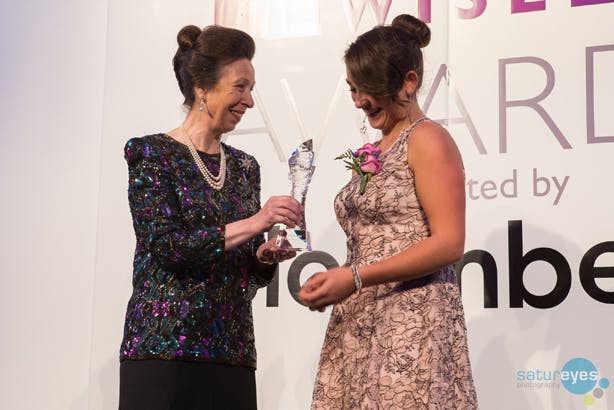