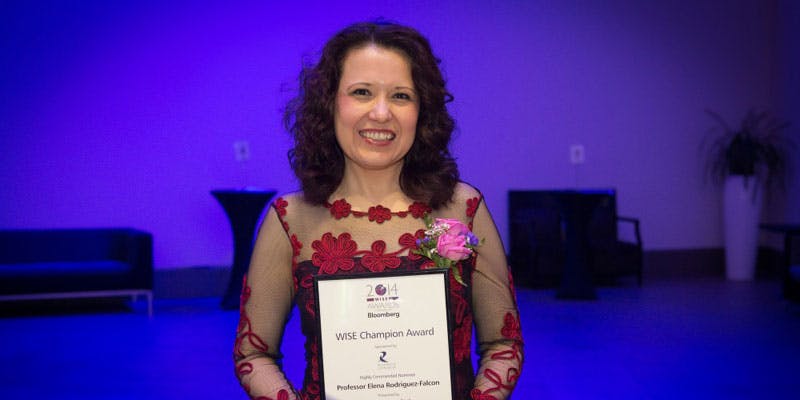 Elena was appointed as inaugural Director for Women in Engineering, having studied mechanical engineering and worked in industry in Mexico, where over 35% of women study engineering.

“She inspires her students to believe that engineering is imaginative, creative, compassionate and cool”, Nadja Swarovski, CEO/Owner, Swarovski and patron of Women in Manufacturing.

Recognised nationally and internationally as an influential speaker and social media champion, Elena was named by the Guardian as one of six women who should be followed on Twitter @ElenaRF.

“When you are doing a job like this, trying to change lives and influence important decisions, you don’t do it for an award – it is just the cherry on the top that says you are doing the right thing.” Professor Elena Rodriguez-Falcon