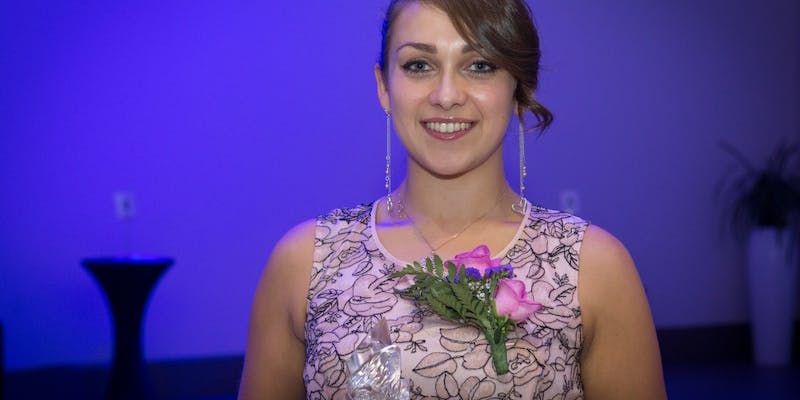 Winner of the 2014 WISE Apprentice Award

As the only female Chemistry Apprentice in her year, Anna’s promotional activities have resulted in a 25% increase in applications from women to work at the site in Ulverston, Cumbria.

She became a STEM Ambassador, visiting schools to deliver careers talks and representing GSK at numerous careers fairs and school science events. She has been interviewed on radio, spoken at conferences and been recognised for her efforts by being invited to No10 to meet the PM and show the Skills Minister how she promotes STEM careers to children using science experiments.

“I chose the apprenticeship route because I enjoy having a full time job but wanted to really develop myself technically too.”

On winning the WISE Award, Anna said, “It means a lot to me because I was never pushed forward by teachers at school. I want to make it possible for all the younger generation of people who follow to do the same thing.”