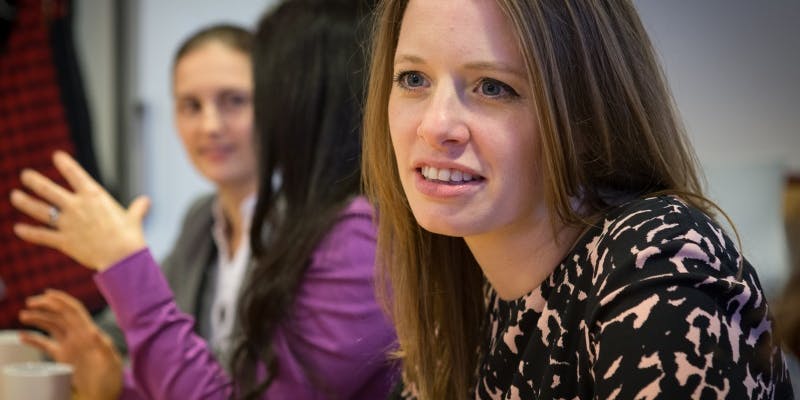 I am Sasha Roberts, a signatures engineer for the underwater systems division of Thales UK and the current WISE Champion within Thales UK. I am also a member of the Thales UK gender diversity working group at Thales UK and together with my colleagues we are undertaking the task to define and carry out a nationwide Thales strategy for addressing the gender diversity issues across both Thales and industry as a whole.

Since taking on the role of WISE champion for Thales a year ago I have become increasingly passionate about playing a part in changing the face of STEM careers. The problem is complex and I have no doubt the journey will be long but I want to do as much as I can to pave the way for not only a new generation of female engineers and scientists but also to maintain the current female workforce and ensure that they are able to develop their careers in the way they desire and deserve.Before becoming an engineer I studied Theoretical Physics at university and prior to that I took 4 A-levels in STEM subjects at a state comprehensive. Throughout my further education and 5 year career I have very much been working in a minority, often as a lone female and regularly the “first female” to have taken on a role or worked in a group. I have experienced first hand how daunting that can be but through my work with WISE I have seen how much is being done to change that for future generations and I want to maximise my contribution to the campaign wherever possible.I would like to bring to the board my knowledge of how a large multi-national company is setting about tackling the shortfall of women in STEM but also I would like to reverse that relationship. By feeding into Thales UK and industry the work of WISE and the way forward for the campaign we can align our priorities and progress further as a team.