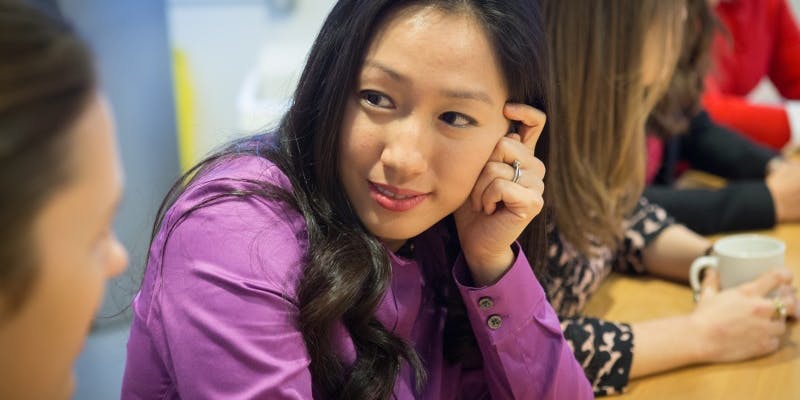 My parents heavily influenced my choice in studies from an early age. As an engineer and immigrant, my father saw the opportunities engineering brought to his family and wanted the same level of independence for both of his girls. Mathematics was introduced and encouraged at a young age, so getting into engineering was a natural progression.

My older sister, guided by her secondary school chemistry teacher, went into Chemical Engineering and I, encouraged by my own father’s budding interest in computers, went into Computer and Electrical Engineering. Our passion and interests in mathematics and engineering was fuelled by our family and by the mentors we had in school, role models who guided us in our studies and gave us the motivation for success. We both graduated with honours and found careers immediately after university.

While the two of us found our way easily into these occupations, the rise of women in STEM is still a slow movement. The Guardian reported last year only 14% of UK students enrolling in engineering and technology are female*, though there are more female students overall enrolling full time at university than male. Even with more women pursuing higher education, it’s a staggering statistic, one that has not changed much over a decade ago when I was looking into degrees. With that in mind, organizations such as WISE can have meaningful impact to get girls interested in STEM, to become curious about what makes things tick, and ultimately to pursue careers in engineering or other technical positions. The opportunity to guide more young women into the field I enjoyed and excelled in is the best way I see for me to honour those that encouraged me in my youth. I hope to be seen as an example that the technology sector is fun, rewarding and in need of more women, both at university and beyond.