Aradhna Tayal: My dad always told me that I could achieve anything 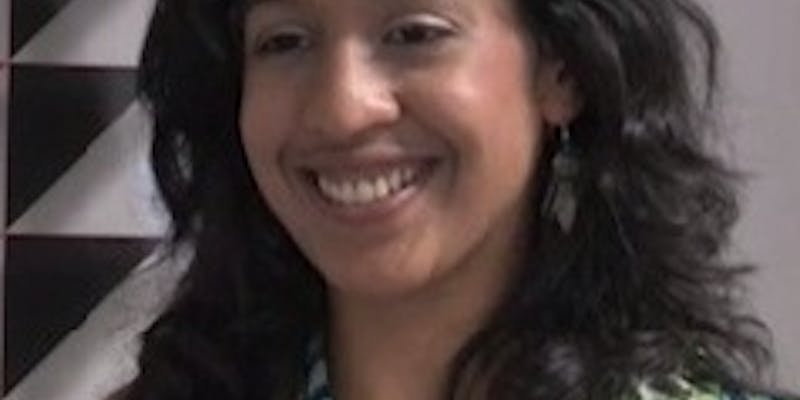 Aradhna Tayal: My dad always told me that I could achieve anything

Aradhna Tayal is a Distribution Manager at the BBC

Growing up, my dad always told me that I could achieve anything I wanted to in life, and I chose to believe him! I certainly didn’t have a shortage of role models – both of my parents were engineers so I grew up knowing that nothing was off the table when it came to career options. My mum was one of only three girls in her year at university out of a total of 500 engineering students – and that was a “good” year!

I pursued an aptitude and interest in maths and science at A-Level and wanted to study something more practical at university.  My school, Manchester High School for Girls, introduced me to WISE who were offering girls the opportunity to learn more about engineering and the different disciplines at a residential trip to Imperial College. I’ll never forget what an incredible experience this was – to spend two days in London at one of the top universities in the world!  We had tours of a couple of the engineering departments, met professors and current students, and experienced first-hand what it might be like to study engineering and where that might one day lead us. And honestly, I was sold!

I was lucky to have inspiring influences all around me – at home and at school – and I can truly say that my experiences on the trip played a vital role in helping me to choose what would become my future career.

Looking back, I am hugely grateful that WISE was able to provide the support needed to make opportunities like this a reality.

I decided to study Engineering at Cambridge University as it offered a general engineering degree where you study all disciplines for two years before then specialising. I specialised in Electrical, Electronic and Information Engineering and completed my Masters project in fibre optic technology. 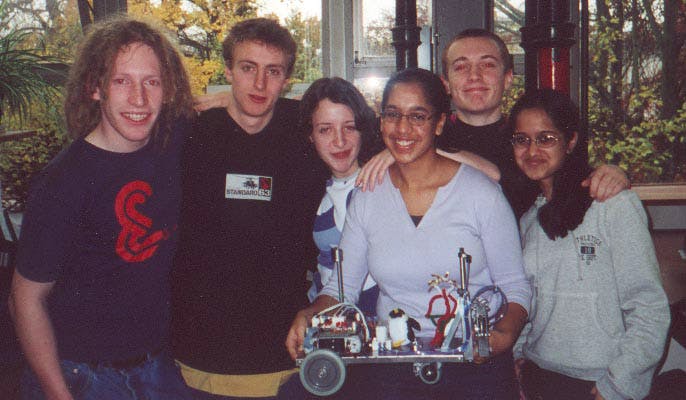 My first job at the BBC was whilst I was still at university, on an engineering sponsorship scheme, working each summer vacation in various technical departments across the BBC. I subsequently gained a position as a graduate trainee broadcast engineer in London, on a two-year training scheme which involved on-site placements as well as theoretical and practical teaching at the BBC’s dedicated training centre.

I spent several years in BBC Radio Resources, providing technical support for all the studio infrastructure and production systems across the BBC’s national radio networks. A highlight has to be designing the lighting for Radiohead at an exclusive gig for Radio 1, Radio 2 and 6 Music! 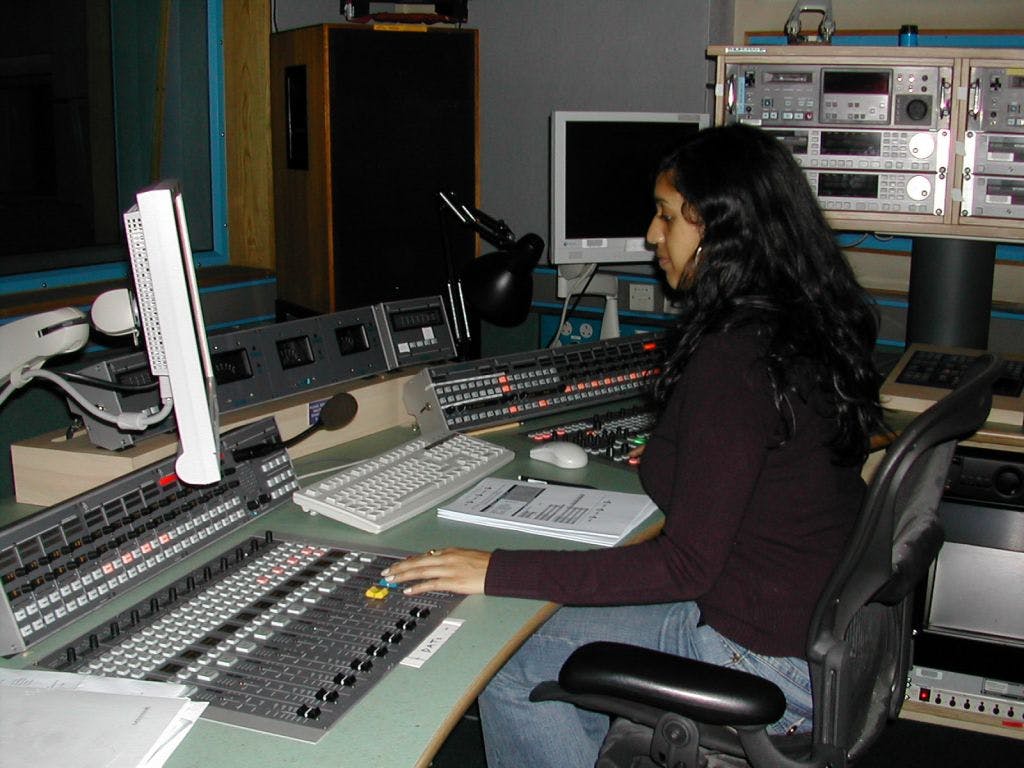 Testing a sound desk in a radio studio

I went on to become a Broadcast Technology Trainer for the BBC Academy, teaching new trainees about broadcast engineering principles and training current engineers on the vast range of systems used across the BBC. I got to travel to BBC sites across the country and to manufacturers around the world, learning about all the different technology we use and passing on the knowledge and experience to others. In particular, I spent much of my time training engineers on the brand new state-of-the-art facilities that the BBC had just built in MediaCityUK, Salford and New Broadcasting House, London. It was a massively challenging, exciting and rewarding time.

With a keen interest in filmmaking, I have produced several short dramas in my spare time. I took the initiative to develop this further at the BBC Academy and made a number of training and corporate online videos. It’s amazing where your career can lead you if you put your mind to it! I even had my debut presenting experience in a series of films explaining the workflow involved in making complex programmes such as Newsnight – it’s harder than it looks and a lot of fun! 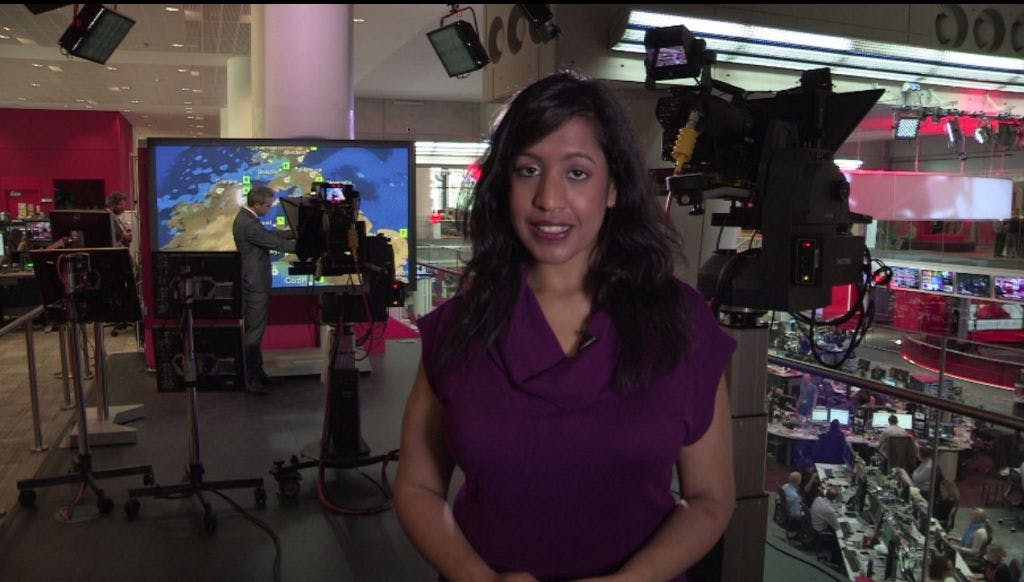 My current role is in BBC Distribution, which is responsible for the distribution of television and radio signals to the public, across analogue and digital terrestrial, satellite and cable platforms. I most recently led the project to launch additional TV services for the Commonwealth Games in Glasgow this summer, working across the BBC and with external partners and suppliers to co-ordinate the launch. It’s been a privilege to lead such a high-profile and important project. Even though I’ve been working in media for over ten years now, it’s still so exciting to contribute to live TV and radio services and to see the work you do transmitted to audiences across the U.K.! 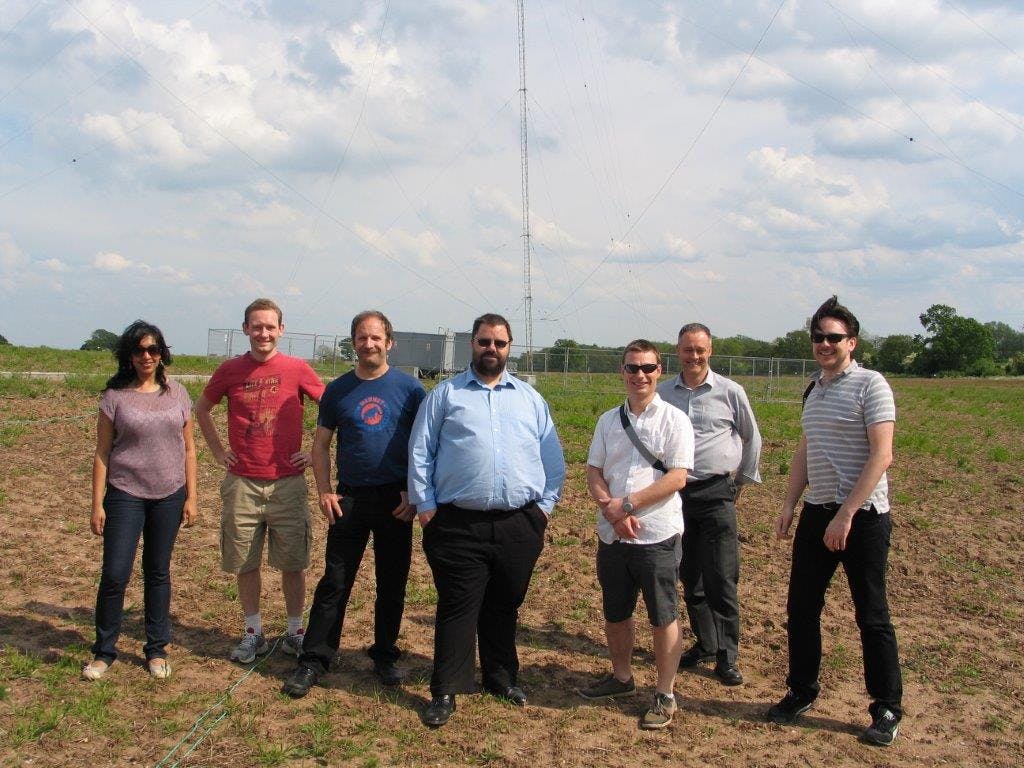 Chase Farm transmitter, with colleagues from the BBC and Arqiva

I’ve been very fortunate in my career so far to have worked in such a wide range and variety of roles, which I attribute in a large part to the multiple transferrable skills you gain as an engineer. I’m also lucky to have met some remarkable role models in my life and people whose support and encouragement inspired me on the journey.

In 2012 I took the opportunity to give back and set up the BBC Women in Engineering (WiE) initiative. My first phone call was to WISE, who had given me that first wonderful experience all those years ago!

Spearheading the campaign for the BBC, I set up partnerships with a number of organisations who provide support to girls and women in technical industry. Under BBC WiE I ran events through the year including presentation and networking evenings for current professionals as well as “Young Technologists” day-long events for school pupils.

I was also proud to support various prestigious external events such as the WISE Awards and the everywoman in Technology Leadership Academies and I represented the BBC internationally at women’s technology conferences. 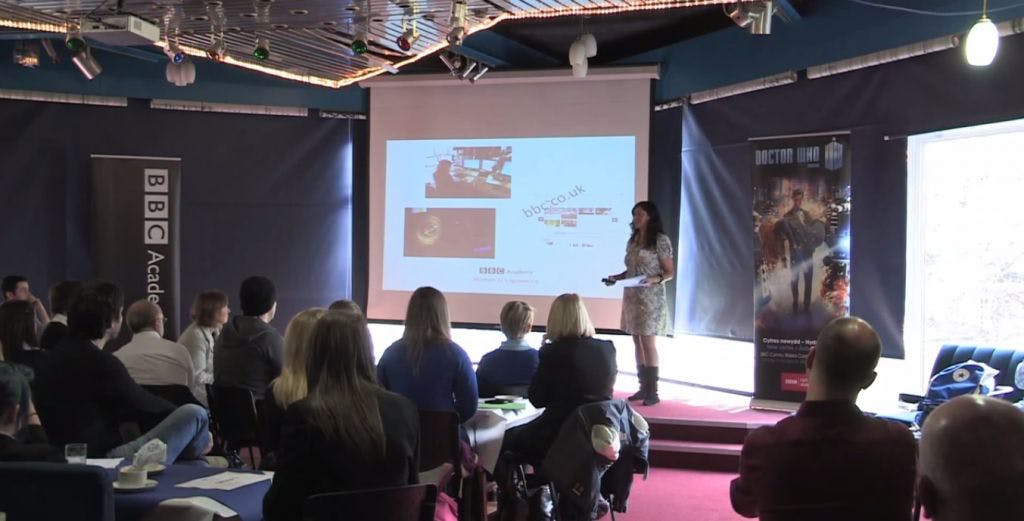 I think it’s incredibly important to encourage others to follow their dreams and build exciting and challenging careers for themselves.  Not everyone is as lucky as me to find such incredible role models in their day to day lives – to name a few of my own: Mridula Tayal, my mum; Dr Claire Barlow, Director of Studies for Engineering, Newnham College; Dr Alix Pryde, first female director of BBC Distribution. I’m so proud that a woman, Dame Ann Dowling, is the head of the Department of Engineering at Cambridge University.

I feel that I have a duty to share the knowledge and experience of those who have inspired me and hopefully open peoples’ eyes to the incredible opportunities available to them.

I am profoundly grateful for organisations like WISE for providing the valuable support to help schools, companies and individuals like myself reach out further, the way they did for me.