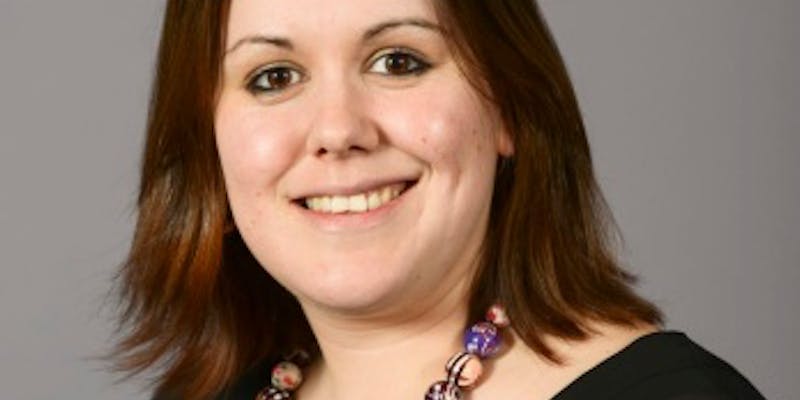 Samantha Allen, grew up in Bridgend and went to Cynffig Comprehensive. After sitting her AS levels she went to work for British Gas, managing complaints in their Cardiff call centre.

It was working there that she decided that she wanted to do something different. She explains: “I liked what I was doing there, but realised that I wanted to do a job where people were happy to see me, instead of always complaining.”

Samantha decided to apply for an apprenticeship through British Gas, but, although she was accepted onto the programme, she didn’t want to move to Reading to train.

However, a solution was at hand close to home. Samantha’s dad runs his own plumbing and gas engineering firm, and regularly trained apprentices through JTL. He took Samantha on as an apprentice, making her the third generation of Allens to work in the business.

“My dad’s very strict with me when it comes to getting things right,” she says. “He often makes me do something over and over again until it’s perfect. It’s good really, because I get a great understanding of how everything works and how best to do it.”

It was a bit of a culture shock moving from working in an office to going back to college, but Samantha took it in her stride. “Everyone was really welcoming,” she says. “I’m the only woman on my course, but they’ve all been really nice and the others just accepted me as one of the boys.”

Samantha completed her apprenticeship in June 2013 and works in the family firm awaits her. She recently became a qualified Gas Engineer.

So what would Samantha say to a young girl considering an apprenticeship?? “Do it! Once you’ve done your training you can go anywhere and do anything. It’ll give you self-discipline and self-confidence, so go for it. You won’t regret it!”