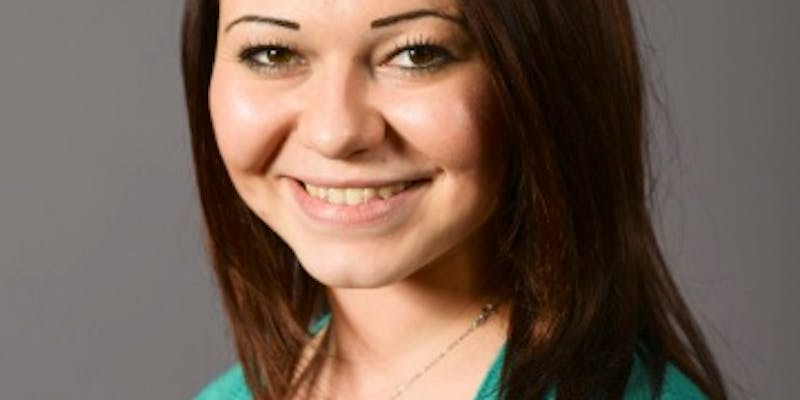 Rachael Neville lives in Bromley, and studied at Hayes Secondary School. She left school after her AS Levels, deciding to enroll on an electrical training course at college, as she felt this would give her the best possible career option.

Her parents were delighted. “None of my family works in the trades,” she explains, “but they were really supportive. In fact, my dad wishes he’d done this when he was my age. They know it will give me a really good foundation for whatever I’m going to do for the rest of my life.”

Rachael studied at the College of North West London and worked with Spie Matthew Hall. She admits she found the experience a little intimidating: “The first time I walked into the classroom, the other students looked at me like I’d come from a different planet,” she says, “but I quickly settled in and they made me feel very welcome. Doing this apprenticeship has been great for my confidence, and I’ve also had the opportunity to meet lots of people from a range of different backgrounds and walks of life. I even met an MP when I was working on a job at One New Change Shopping Centre.”

Rachael completed her apprenticeship in 2014, and hopes to carry on working with her current employer. She hopes to carry on studying and honing her skills, with a view to becoming a project manager in the future.

So what would she say to a young girl considering an apprenticeship? “Go for it! Be brave, be confident, but most of all have a plan for what you want to do when you finish. The electrical industry is really diverse and you can do so much, so make sure you know what area you want to work in before you sign up to the course as it makes everything so much easier. Talking to other people in the industry should help with this.”