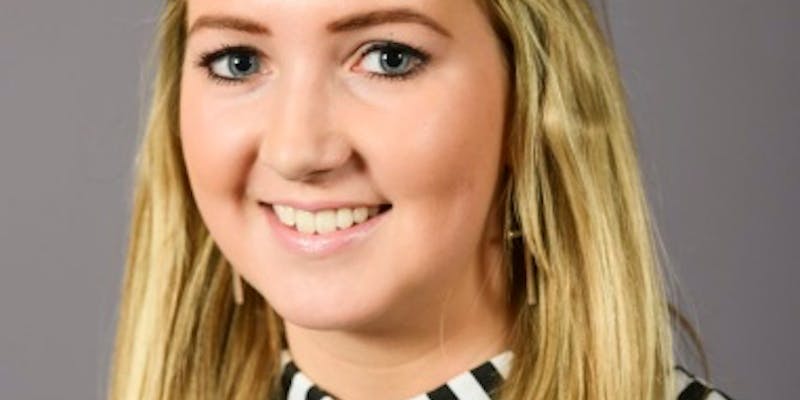 Nicol Dower grew up in Sittingbourne and went to Fulston Manor school in Kent.

Despite sitting four A-levels, Nicol didn’t fancy going to university, as she didn’t find any of the degree subjects on offer particularly appealing, and didn’t want to get into debt studying a subject which she wasn’t passionate about.

Nicol arranged work experience with her father, a plumber, and a friend of the family, who ran an electrical firm. After her work experience she decided that her future lay in the electrical industry, so signed up for a course at MidKent College. While studying there, she applied for a job with T Clarke South East, who took her on as an apprentice.

For a teenage girl who has just left school, college and site work could be intimidating. “I was nervous and my mum and dad had to give me a gentle push during the first week, but I settled in quickly,” she says. “The lads at college were really friendly, and I had a great mentor on-site who really helped me learn the job.”

She soon settled into life at college and on-site. “Customers are usually surprised when I turn up, but they’re really interested in what I’m doing and why I chose to become an apprentice. A lot of them say they think it’s great, and that they’d like to see more women in the industry.”

Nicole has completed her four year apprenticeship and loved every minute of it. “I really like going on-site now, and I’m used to getting stuck in. The guys are really impressed when I start lugging materials around and I can keep up with them – they used to help me out, but now I don’t need it! In the future I’d like to specialise, maybe in contracts or management, but right now I’m loving being on-site and learning how to do everything.”

So what would Nicole say to a young girl thinking of doing an apprenticeship? “I’d tell them to go for it. Do your research, phone a training provider and then get out there and do it. You’ll learn skills that a large number of girls haven’t got, and you can prove to everyone that you don’t need to be a boy to be tradesperson!”