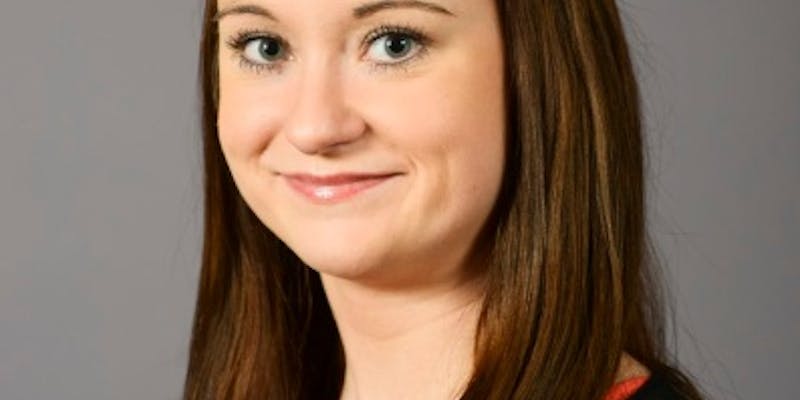 Kimberley Worster left school at 17 to learn a trade, and has never looked back since.

Despite getting good GCSEs and starting at sixth form at William Parker School – now The Parker E-ACT Academy – in Daventry, Kimberley wasn’t sure if university and an office career were for her.

“I’d always been someone who liked doing more practical stuff,” she says. “I didn’t want to go to uni and get into debt when I didn’t know what I would do with it afterwards. I thought an apprenticeship would be a better option, as it would give me a really good grounding, which I could then use to do whatever I wanted.”

Remembering how much she’d enjoyed learning about electricity at school, Kimberley applied for a job with Croxford Electrical, joining the company as an electrical apprentice in 2009.

Her father wasn’t surprised when she told him her plans. “I’d been helping him round the house with odd jobs for years so he knew how good I was with my hands,” Kimberley explains. “He told me to go for it and that he’d support me wherever and however he could.”

Kimberley was the only girl on her college course, but was quickly accepted as one of lads. “Everyone went out of their way to make me feel welcome and to include me in everything,” she says. “I had to learn to banter back – I was quite quiet when I first started, but by the end I was giving as good as I got. We had a great laugh at college and on-site and I made a lot of friends very quickly.”

Kimberley finished her apprenticeship in May 2013, and is now hoping to specialise in inspection and testing. “That side of it really interests me, and I’d like to learn more about design. The great thing about an apprenticeship is that you can go anywhere and specialise in anything once you’ve finished,” she says.

So what would Kimberley say to another young woman who was thinking about becoming an apprentice? “Go for it. You learn a trade and get paid at the same time. You get a qualification and a skill without getting into debt. I made a lot of friends and now I’m a fully-fledged electrician, I can go anywhere and do anything I want!”